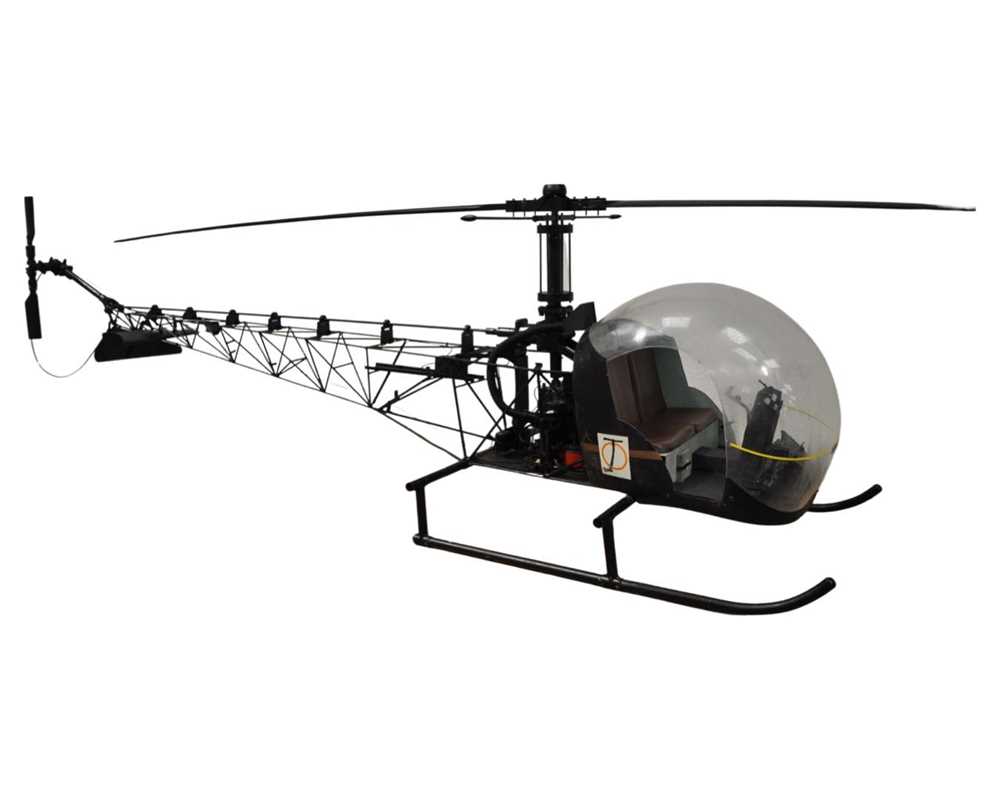 "I believe I have the last remaining, (out of four original created and used in the movie) 007 Bell 47G Helicopter props. There was also a number of static models produced to advertise the movie. These four scaled-down helicopters were used in perhaps the most iconic of all James Bond action sequences where Connery can be seen flying his Ken Wallis-built Auto Gyro (affectionately known as 'Little Nellie') through the mountains, closely pursued by four enemy Bell 47G helicopters in black. Whilst this sequence was supposed to be taking place over Mount Fuji, the actual footage was captured in Spain and the UK's Pinewood studios. The main helicopter flight was filmed above the village of Ebino, where aerial photographer Johnny Jordan famously lost a leg when the blades of another helicopter struck him whilst passing too close. Filming was cancelled and later completed in the skies above Torremolinos, Spain.

The helicopter measures over 9 feet in length, 4 feet in height and was built for Pinewood Studios by an old friend that has sadly now passed away - Dave Niemen; he built many planes and other aircraft for TV and cinema many years ago. The helicopter was recovered after supposedly being shot down during filming and supporting documentation on file explains the rather amusing 'recovery mission'.

The helicopter does not fly, but could be made to. I believe the models were 'flown' using gantry cranes and arm extensions during filming - everything was mechanical during this period, so there was plenty of smoke and mirrors involved in this process."

Offered with a comprehensive selection of paperwork (see scans) and meticulous research from the vendor. A unique opportunity to purchase an important piece of James Bond Memorabilia with impeccable provenance, coinciding perfectly with the release of the eagerly-awaited 'No Time to Die'.