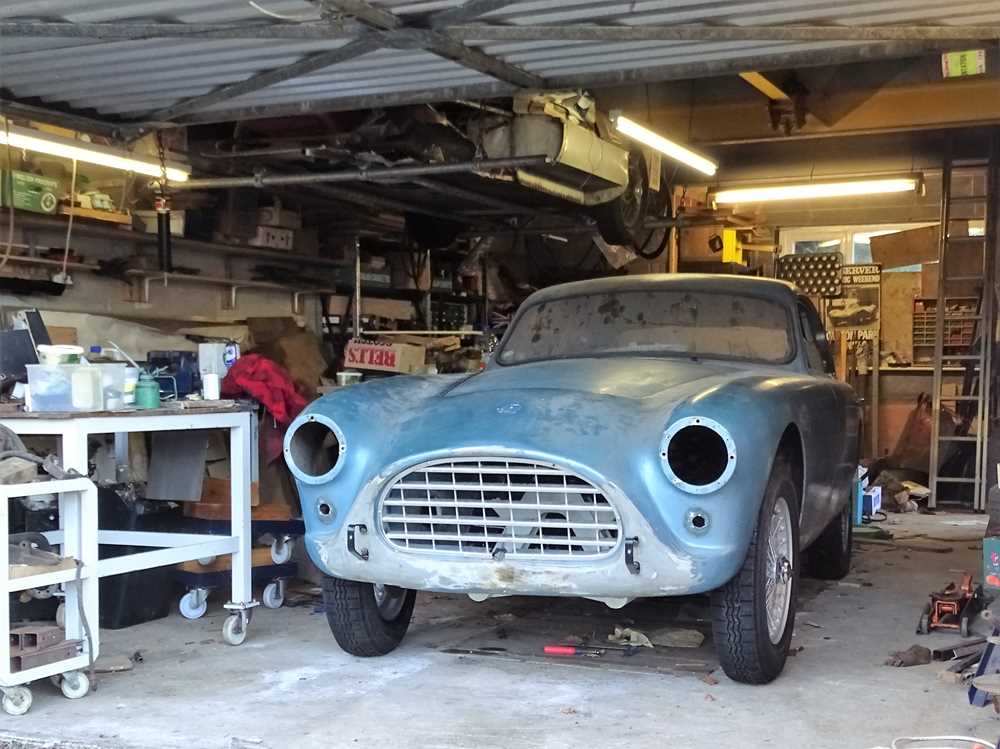 An engineer who worked for Industrial Reels Ltd of Wigan, Mr Harrison began to restore the Aceca in earnest around 2009. Discovering signs of past impact damage, he repaired the front of the chassis (painting them white in the process). We do not believe the accident was that severe because the fixed head coupe appears to retain its original bonnet (or so the number ‘786’ stamped into one of the hinges would imply). Removing the factory-fitted Bristol 100D2 engine and four-speed manual plus overdrive gearbox with the help of fellow Aceca owner Tony Jackson, Mr Harrison had the front and rear transverse leaf springs and all four shock absorbers professionally refurbished. The back axle assembly received new bearings and seals (it has yet to be refilled with oil) and the aluminium panels for the boot area were remade. A new wiring loom was acquired and the radiator rejuvenated. The fuel tank was repaired and new front discs sourced as well as fresh wheel cylinders for the rear drums. The wire wheels were restored by MWS prior to being stove enamelled and shod with new Michelin tyres. The steering received some attention and a stock of replacement parts was gathered including new front sidelights, headlight bowls, tail lights, door handles, Moto Lita steering wheel / hub and exhaust system. Some of the instruments were refurbished too.

Sadly, work on the car ground to a halt in 2014 or thereabouts. The seats are missing as are the bumpers (and doubtless myriad minor components), however, the AC has the makings of a rewarding project. As far as we are aware only twelve of the 88 right-hand drive Aceca-Bristols made featured the more powerful 100D2 engine, overdrive and front disc brakes making ‘1 BMJ’ a rare opportunity indeed especially as it has had just two private keepers from new and is coming to market for the first time in fifty-two years!

Introduced in 1954, the AC Aceca fastback was conceived as a more refined alternative to the company's seminal Ace roadster. Developed by Alan Turner and Desmond Stratton, the new model augmented its open-topped sibling's ladder-framed chassis with an elegant square-tube superstructure. Boasting a generous glasshouse, sensuous roofline and practical side-hinged rear hatchback, the Aceca's Grand Touring credentials were more than skin deep as proven by its all-round independent transverse-leaf suspension and four-wheel hydraulic drum brakes. Initially powered by the John Weller designed 1991cc OHC straight-six which had been a staple part of AC production since 1919, the arrival of an alternative 1971cc Bristol engine in February 1956 gave performance more akin to that of the contemporary DB2/4 Aston Martin.