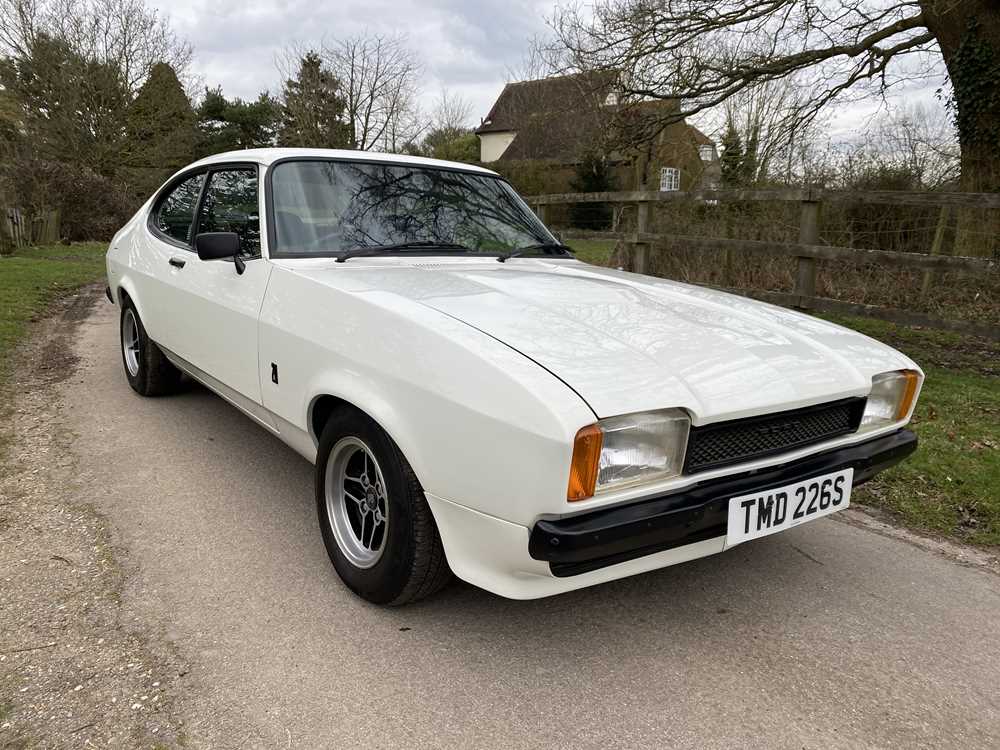 The MKII Capri was launched in 1974. It was an example of gentle evolution rather than revolution, via which Ford heeded the lessons imposed by the oil crisis and attempted to make their popular Coupe better suited to the needs of the time. The revised model was treated to a shorter bonnet, larger cabin, more modern facia and smaller steering wheel. Most significantly, the Capri now gained a hatchback rear door making the stowage area far more easily accessible and giving rise to a boot space of 630 litres. The 2.0S was powered by a 2.0 single overhead camshaft Pinto unit, that in standard form produced 98bhp at 5,200rpm and 112 lb ft of torque at 3,500rpm. This drove through either a four-speed manual gearbox or C3 three-speed automatic. The result was no supercar, but a lively performer.

Supplied new by Allen Ford of Romford, ‘TMD 226S’ displays 48,200 miles and shows just one former keeper on its V5C with current ownership since 2014. Offered with bookpack, handbook and service book, it is understood to have been Ziebart treated from new and rides on rare RS four-spoke alloy wheels. The vendor currently grades its engine, transmission, electrical equipment, interior trim, bodywork and paintwork all as ‘very good’.