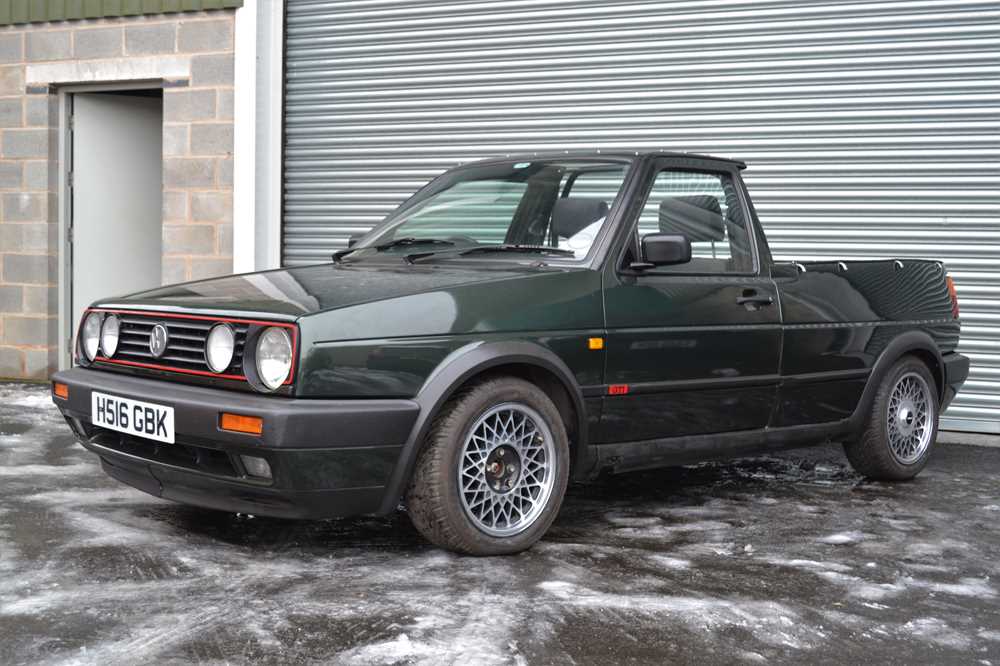 Building on the success of the first generation of the Golf GTI in 1976, the German manufacturer launched production of the Golf Mk2 GTI in 1984 to counter the arrival of the Peugeot 205 GTI, which would soon become its greatest rival. Quickly, the Mk2 GTI suffered from comparison with its French counterpart, which partially lead to Volkswagen offering the new 16V from March 1985. Those who could not afford the formidable Golf GTI Oettinger released 4 years earlier would finally be able to satisfy their cravings for high revs thanks to the 139hp produced from the four-cylinder house.

Heavier than its predecessor, the second generation appears clumsier, and for good reason, its design is no longer signed by Giugiaro. However, the fashion remains with logos and large shields, and the angry engine and better running gear set up distinguished the 16V from the basic version by its sportier characteristics, while maintaining its versatility. The Mk2 GTi 16v was arguably the classiest and most complete hot hatch of its era, reflected in its continuing popularity.

The example offered was manufactured in 1991 and supplied new by Testwood Motors, Totton, Hampshire V.A.G Dealership and was first registered on the 24th of May 1991. Finished in oak green with grey cloth interior. The Golf 16V was then used until approximately 1993/4 when it unfortunately sustained storm damage to the rear from a large falling branch, but the owner placed the car in storage rather than move it on.

The Golf re-surfaced in the late 1990’s and was converted to ‘Tourer’ (or Pick-Up) body style. Subsequently inspected by Harestock Garage in Winchester regarding the conversion, the history file includes a letter from the director stating the Golf has been inspected and is structurally sound. The inspection sheets go on to state that a steel roll cage has been fixed for extra strength and a strengthening bar has been fitted from offside to nearside front door pillars to reinforce the seatbelt anchorages.

The 16V Golf has only one owner from new and has covered only 59,945 miles (atoc) from new. ‘H516 GBK’ is offered with stamped service book that shows six V.A.G stamps including the pre-delivery service, with the last service at 55,917 miles. Additionally supplied with a collection of MOT certificates; inspection sheets and related documents and V5C showing single ownership and confirming the Body Type is registered as a ‘Tourer’.