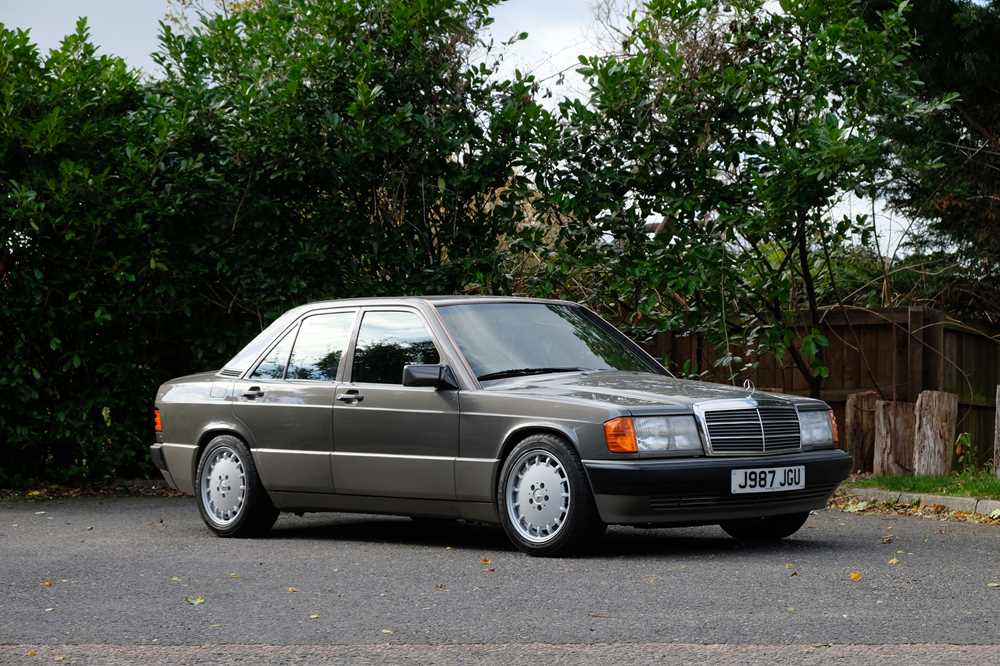 The W201 was a revolutionary model for Mercedes-Benz featuring, as it did, a patented rear five-link suspension subsequently used in E and C class models, front and rear anti-roll bars, anti-dive and anti-squat geometry as well as available airbags, ABS brakes and seatbelt pre-tensioners. Mercedes-Benz spent over £600 million researching and developing the 190 and was subsequently quoted as describing it as 'massively over-engineered’. Fortunately, it proved to be the huge commercial success it deserved to be, becoming one of the brand's best-selling vehicles with over 1.8 million sold over its 11 year production. Today they increasingly sought-after modern classics, and they hark back to a golden era of timeless Mercedes design and bulletproof build quality.

Presented in grey with black cloth interior, J987 JGU was manufactured in 1992. A Japanese market car, this particular example was imported in 2015 and registered in the UK in September of 2016. Benefiting from just 40,867 miles on the odometer, included with the vehicle are a number of documents including the V5 which displays 1 former keeper, export certificate, a number of previous MOT certificates dating back to 2016 and a collection of invoices for previous work. The vendor rates the condition of the paintwork and interior trim as ‘Good’, with the bodywork, engine, transmission and gearbox and electrical equipment as ‘Very Good’.

Please note this vehicle is now offered with an MOT certificate valid until 08 November 2022.