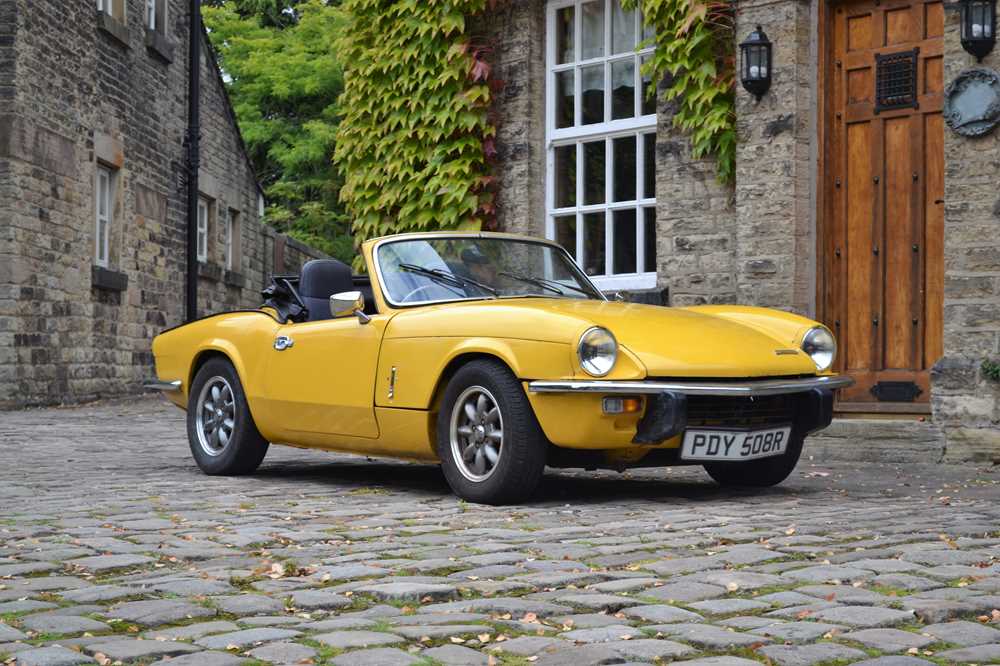 Evolving through five guises over the course of an eighteen-year production run, the final Spitfire variant, the 1500, arrived in 1974. With a reputed 71bhp and 82lbft of torque on tap from its 1493cc OHV four-cylinder engine, the newcomer boasted genuine 100mph performance. Visually indistinguishable from its MKIV forebear save for some minor trim differences, the Spitfire 1500 was a decent seller on both sides of the Atlantic and the model remained in production until August 1980.

This Spitfire 1500 was manufactured in 1977 and was UK-supplied, being first registered in the UK on the 1st of July 1977. Fitted with the 1493cc straight-four engine, the engine was originally mated to the four-speed manual gearbox although the transmission was changed to a five-speed Sierra Type 9 gearbox with revised bell housing when the car was restored approximately fifteen years previous. The restoration additionally included an overhauled chassis, body removal with many welding repairs (with new rear wings, sills, floor sections, door skins and rear valance) followed by a repaint in the Inca Yellow it is presented in today (from the original Green). The Triumph was further subject to an engine overhaul; reconditioned steering rack, renewed brakes with GT6 front calipers; poly-bushed front suspension with the whole car lowered by 20mm; and various new additional items such as reconditioned twin-SU HS2 carburettors and much more.

With a recorded mileage of 10,701 miles (at time of consignment) which equates to a total of 110,701 miles, the Spitfire has been in current ownership since 2015. Further benefitting from new electronic ignition and fan while with the vendor, the carburettors have also been provided new needles. ‘PDY 508R’ is offered with a history file which comprises a photo album and digital record of the restoration; a large selection of past MOTs dating back to the 1990s; a vast collection of previous invoices and current V5C.