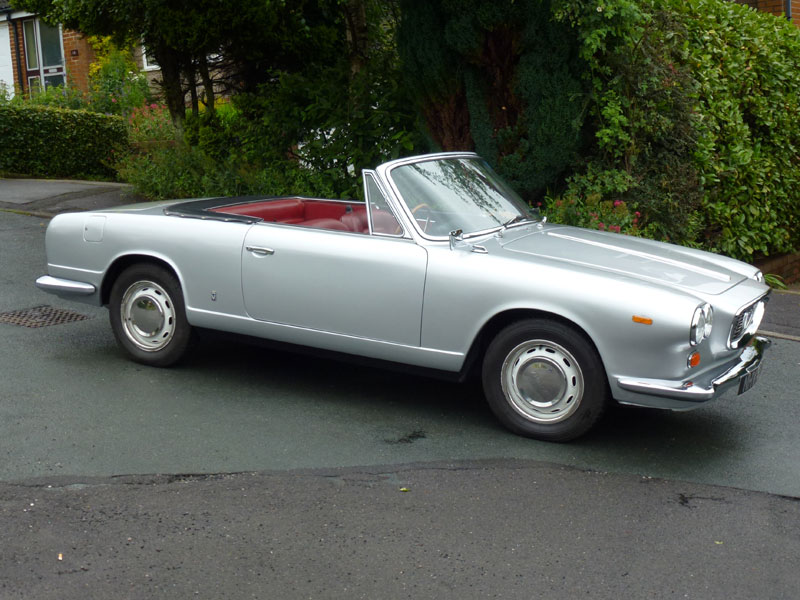 This tidy-looking Vignale Cabriolet is a right-hand drive example built in 1967. While its early history is not known, we have proof that it was purchased by journalist and author Rory Knight Bruce from a Sotheby's winter sale in 1988. According to an article he wrote on the car, it had not been used since 1974 and was thought to have covered no more than 14,200 miles. The same piece talks of it being extensively restored during the 1990s, which is backed up by the car's extensive paperwork. The vendor acquired 'NHV 19E' during 2006 and had it repainted as recently as January this year - once Gold, it is now finished in Silver, teamed with Red upholstery. She now considers the bodywork and (original) interior trim to be in "nice condition", the paintwork to be "very good", the 1800cc engine to be "running beautifully" and the four-speed manual transmission to be "good". The Flavia comes complete with original parts catalogue, MOT into June 2013 and unpainted hardtop (though, the latter will need collecting from the Bolton area).
Share this page: