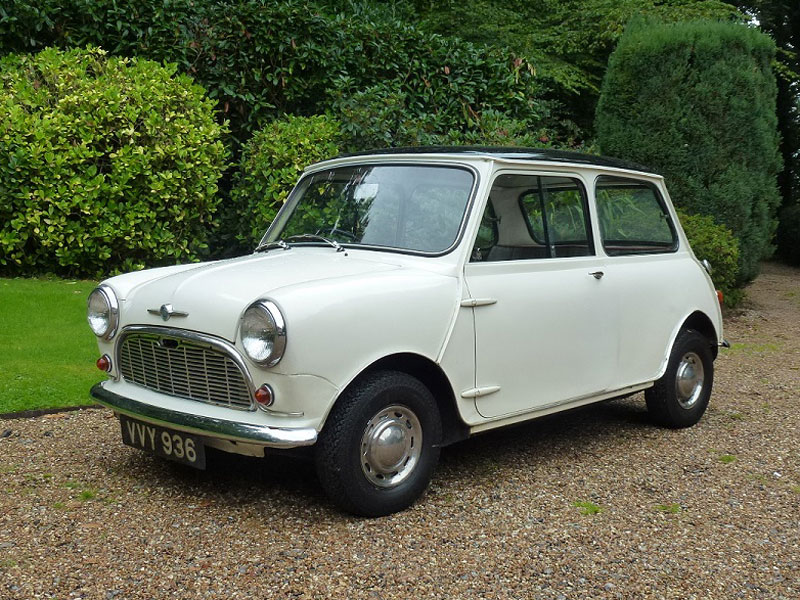 Dating from the second year of production and first registered on 6th September 1960, this delightful early Mini is understood to have enjoyed just 3 previous owners excluding a supplying dealer and believed to have covered just 20,234 miles from new. Treated to an engine overhaul in 2009, we are informed the car has covered less than 1,000 miles since. Finished in white with black roof and red interior it benefits from the fitment of new carpets and door trims whilst retaining the original seats, the vendor describing the exterior paintwork as "very good" with the bodywork "well above average". Accompanied by a history file containing Swansea V5C, current MoT to February 2016, assorted old MoTs together with invoices dating back to 1976, this charming low mileage example is sure to turn heads wherever it goes.