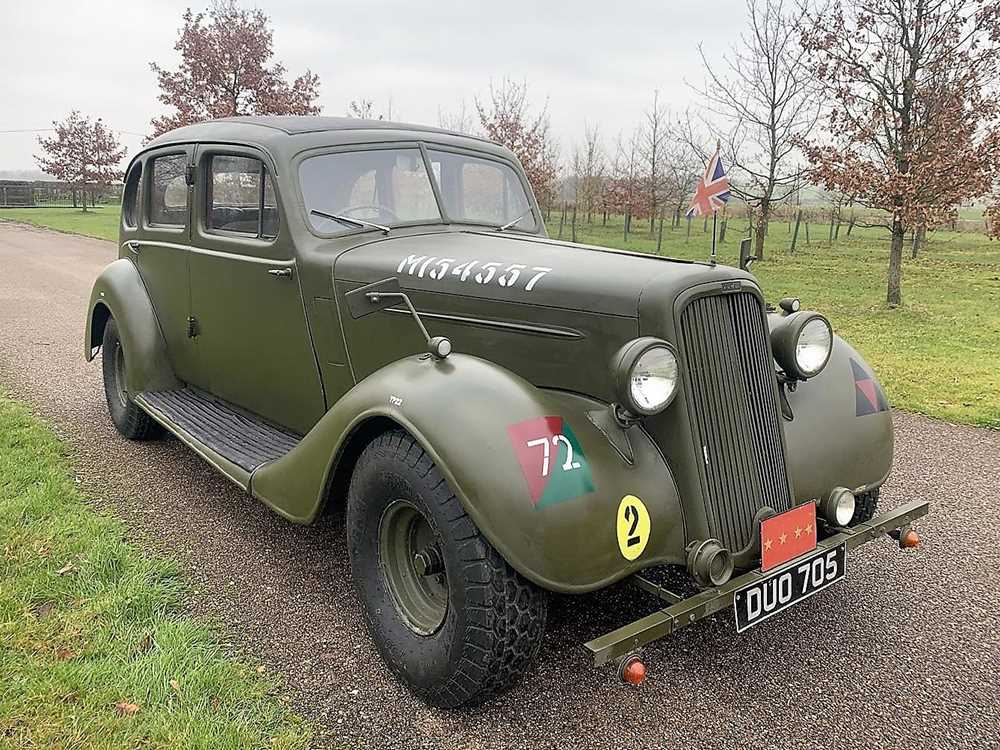 First registered in Devon on 27th April 1938, ‘DUO 705’ is rumoured to have been requisitioned by the armed forces during WW2. The first name to appear in the Humber’s continuation buff logbook is Reginald Otton who kept it taxed from 1946-1966. Subsequently laid-up, the Snipe Imperial was bought by G.C. Greenwell in 1978 and reconfigured as an Army Staff Car. Appearing in the films ‘Appointment with Death’ with Peter Ustinov and Lauren Bacall and ‘IKE’ with Robert Duvall and Lee Remick, the six-light saloon then reportedly passed to Status Quo drummer, John Coghlan, who used it on the Isle of Man and took it to the 40th Anniversary of the D-Day landings in 1984. Changing hands several times thereafter, ‘DUO 705’ was bought by Keith Brooker in 2008. Partially restored during Mr Brooker’s seven-year tenure, the Humber was treated to a thorough engine overhaul (2011), some new wooden flooring, replacement door cards, uprated headlights and a complete respray. Resident in Belgium prior to entering the current ownership, the Snipe Imperial has recently been fitted with four new sand tyres. Variously rated by the vendor as ‘average’ (paintwork, interior trim), ‘good’ (4.1 litre engine, bodywork, electrical equipment) or ‘very good’ (gearbox), this characterful Humber is offered for sale with V5 Registration Document and history file.