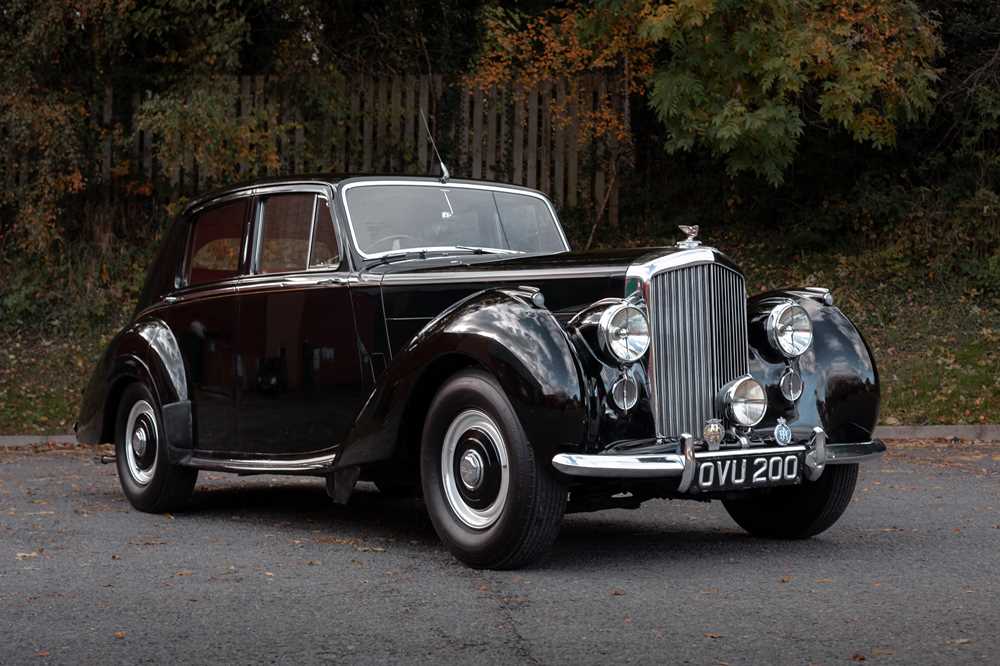 An obvious evolution of its MKVI predecessor, the Bentley R-Type was introduced at the 1952 Earls Court Motor Show. Subtly reworked from the previous model by in-house stylist John Blatchley, it boasted a notably larger boot and reprofiled rear wings. Switching from riveted to welded frame construction at chassis B349TO, the newcomer featured independent coil-and-wishbone front suspension, a leaf-sprung 'live' rear axle and servo-assisted four-wheel drum brakes (hydraulic front / rod rear). Powered by a 'big bore' 4566cc straight-six inlet-over-exhaust engine allied to either four-speed manual or automatic transmission, the R-type was a surprisingly strong performer, able to reach more than 100mph. Praised by the contemporary motoring press for its high-speed handling and well-appointed interior, the model remained in production until 1955 by which time some 2,017 Standard Steel Saloons are thought to have been made.

First issued with the Manchester registration number ‘OVU 200’ on April 22nd 1954, chassis B73WG has been in single family custodianship from new. Literally bought for buttons, the first owner was a large-scale manufacturer of clothing fasteners, the Bentley is highly original with a particularly delightful interior. The rich Red leather and polished wood veneers still reek of quality. The gloss Black paintwork has a deep shine but there are some imperfections to the bodywork which are to be expected of an unmolested but still sixty-seven year old car. Recently recommissioned following almost a decade of dry storage, the R-Type started readily upon inspection and is said to ‘drive very well’. A decidedly rare opportunity to acquire a one family owned from new Bentley. Offered for sale with V5C Registration Document, sundry paperwork and fresh MOT certificate.