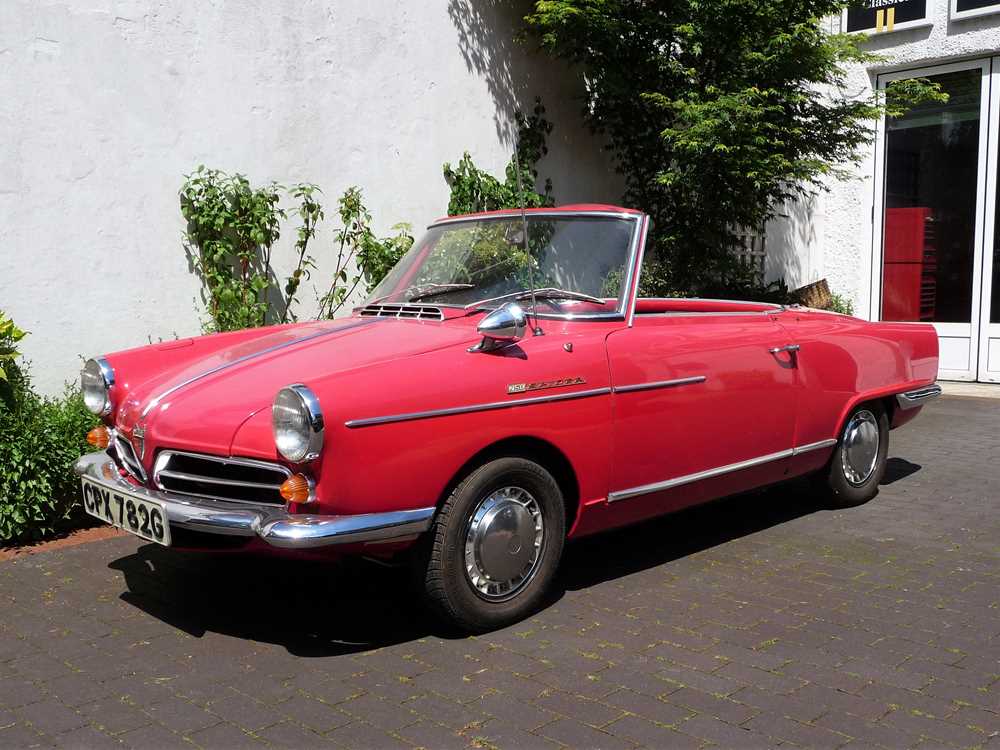 First registered to NSU in Heilbronn, Germany in May 1966 this Spider was used by the company for approximately the next three months before being sold to its first owner, a Herr Heinrich Mansbacher of Dusseldorf, in August that year. The engine was replaced under guarantee at 15,130 km and the car was purchased by the vendor via NSU Vertriebsgesellschaft in Dusseldorf during August 1967. Used by him in Germany until May 1969, the car was then imported to the UK and registered 'CPX 792G'.

At 52,200 km the electronic ignition system was replaced by a coil owing to erratic operation and at 56,000 km the vendor undertook an engine overhaul with new apex and side seals being fitted. At 82,000 km he again overhauled the engine and fitted new apex seals. The engine design incorporated impregnated graphite apex seals in contact with a hard steel liner and these required replacement approximately every 30,000 km. No doubt seeking to improve this area of maintenance the vendor subsequently went on to fit ceramic seals designed by specialists RoTech of Frankfurt.

This Spider is a rare car made all the rarer by the fact it has been in such long-term ownership. It is offered with several boxes of spares and other assorted parts including chrome work. Whilst it could benefit from attention to the paintwork in some areas it could equally be enjoyed as is for the time being depending on your taste. The tidy interior includes lap straps and rubber mats, and the hardtop is quickly detachable and light to handle. Being fitted with a hood as well it should easily cope with the vagaries of the English climate! The vendor has helpfully included some detailed notes in the history file which explain some of the modifications made over the years which should prove invaluable to the new owner.