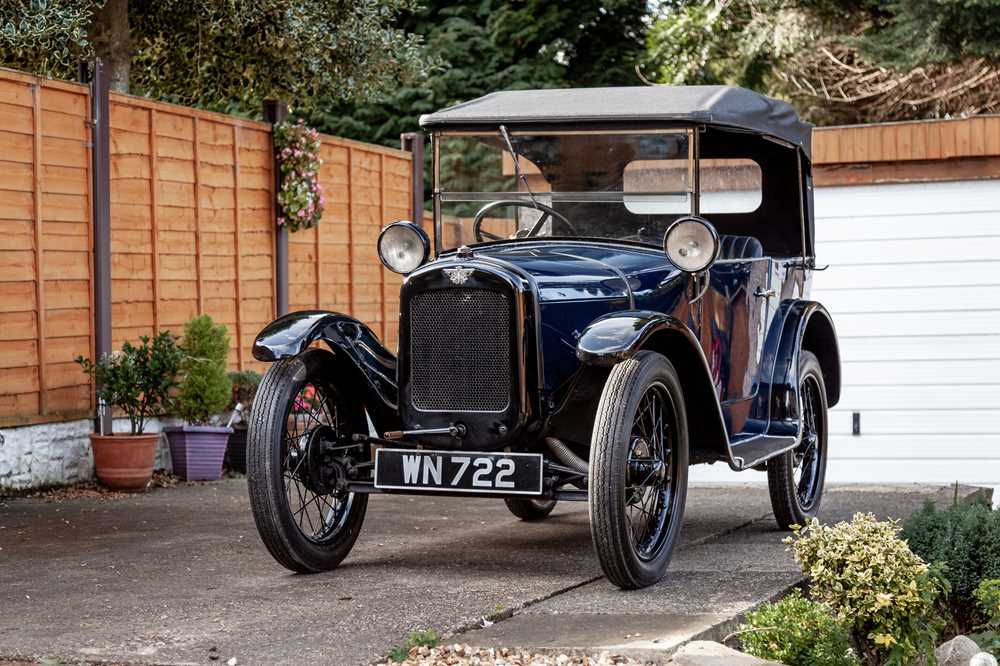 Apparently inspired by the Peugeot Quadrilette, the now immortal Austin Seven was announced in 1922. It is amazing to think that its tiny splash-lubricated 696cc (soon increased to 747cc) engine was the design of an 18-year old draughtsman called Stanley Edge, and the Seven immediately became the smallest four cylinder-engined car on the British market. It featured four-wheel brakes, suspension by semi-elliptic transverse spring at the front, quarter elliptic units at the rear and steering was by a worm and wheel system. Taken to heart by the British public, the Seven remained in production from 1922 until 1939, during which time some 290,000 were produced. It was also manufactured under licence in France, Germany, Japan and America. As with any car whose running gear seems unbreakable, many examples were plundered by special builders (Colin Chapman's first Lotus was based on an Austin Seven) or simply run into the ground. The remaining cars are a vital element of the vintage movement. Through all its variations and evolutions, it is perhaps in the guise of Chummy Tourer that the model is most fondly remembered. Continuing spares availability and a plethora of enthusiastic clubs mean that owning a Chummy in the 21st Century is still a practical proposition (as well as being a great entry into the Vintage Sports Car Club).

The 1928 example offered here is finished in blue with black wings and complemented by black interior trim/weather gear. It's powered by the reliable 747cc four-cylinder engine coupled to the correct early three-speed gearbox. 'WN 722' is evidently a subject of much previous restoration work, prior to being placed in long term storage by the previous custodian in his heated and carpeted garage.

Produced in Tourer, Saloon, Cabriolet, Sports, Coupe and Van form, the Seven was all things to all men between the two world wars and beyond, and rightly reserved its place alongside the Model T Ford, Volkswagen Beetle and Morris Minor as one of the most popular cars ever produced. Only offered for sale to fund the final stages of restoration to its more contemporary stablemate, this venerable Chummy is offered completely without reserve and is UK registered with a current V5c document.