2001 Lotus Elise
Low Mileage and Current Ownership for a Decade 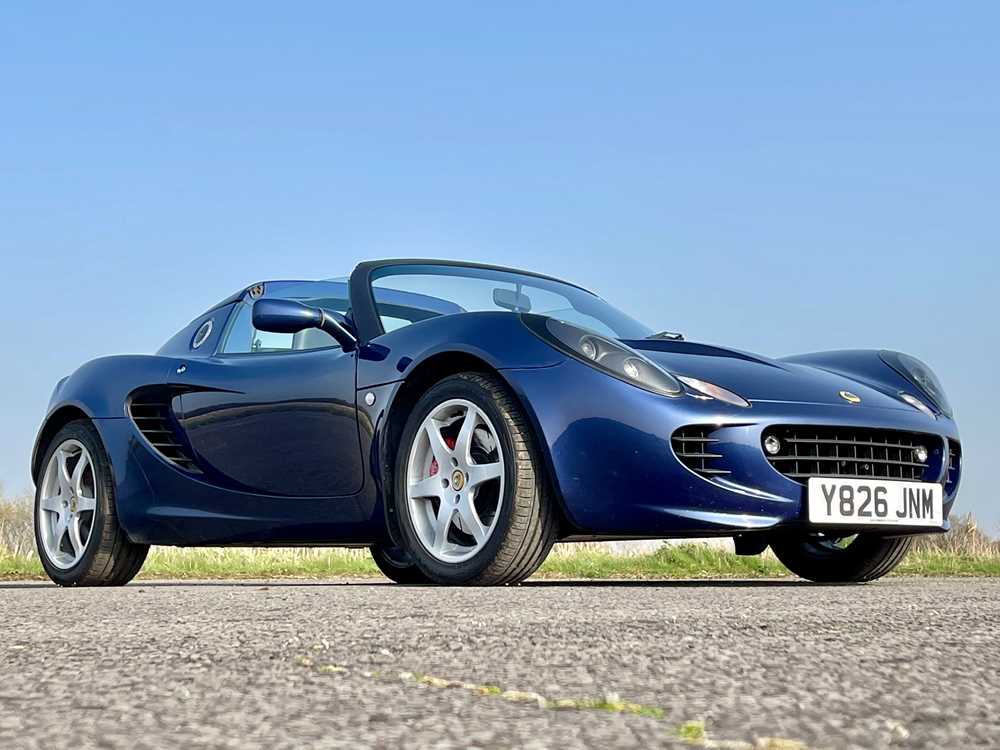 2001 Lotus Elise
Low Mileage and Current Ownership for a Decade

The Lotus Elan M100 was the car that Lotus hoped would save the company - the Elise however was the car that actually managed to do so. First unveiled in 1996, the original Elise weighed as little as 723kg. This absence of mass was achievable by utilising the characteristics of aluminium to build it from. Extruded sections were glued and rivetted together and then reinforced by the addition of flat panels. Aluminium is strong and light anyway but it makes for a very light and stiff structure when it is used in this way, normally for motorsport. This allows the suspension to do its thing without being undermined by a constantly flexing chassis that might alter the geometry.

First registered on the 10th April 2001 and showing just six previous keepers, this well-maintained Elise is finished in a dark metallic blue and is fitted with a black leather / Alcantara interior and a minimalistic fabric roof. The revised weather gear found on these S2 models was a much more practical proposition than that fitted to early cars and is easily erected or folded away in a matter of minutes.

This Series 2 is fitted with the reliable Rover K-series engine which gives it a highly respectable quoted top speed of well over 120mph. This comes courtesy of the 120 horses mounted transversely behind the driver and provides a fairly staggering power-to-weight ratio. Period road tests suggest it can reach 62mph in just over five seconds and can crack three figures in a little over 14, which is normally reserved for those with supercar budgets. Although well over a decade old, the Elise has evolved to keep abreast of the opposition, demonstrating the soundness of the original concept and it continues to represent an affordable purchase for sports car enthusiasts on a budget who value both performance and aesthetics.

Offered with less than 52,000 miles recorded at the time of cataloguing and entered directly from the collection of a prominent figure within British motor racing; this right-hand drive Lotus Elise Series 2 was purchased by the vendor in August 2011 and has been maintained regardless of cost ever since. Breathing through a performance air filter and stopping with the assistance of upgraded 'Green Stuff' brake pads, this otherwise standard roadster is offered with its original instruction book, V5C document and valid MoT certificate showing no advisories at the time of its last inspection. 'Y826 JNM' offers champagne motoring for lemonade money and ideal transport for those looming warmer months ahead.