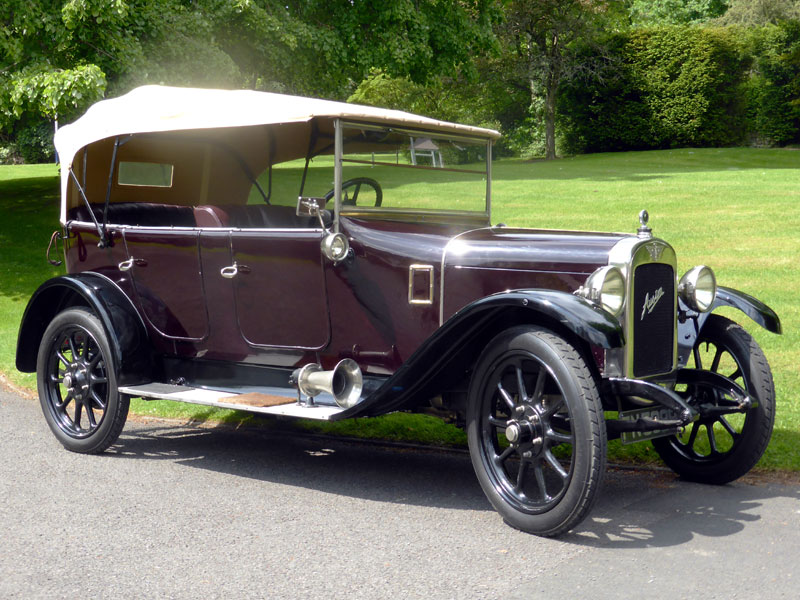 Introduced in late 1921, the Austin 12 (later known as the 'Heavy 12/4') became a legend within its own production lifetime. In many ways a scaled-down version of the existing 20/4 model, it was based around a sturdy ladder-frame chassis equipped with rod-operated drum brakes and all-round semi-elliptic leaf-sprung suspension. Powered by a 1661cc sidevalve four-cylinder engine allied to four-speed manual transmission, the newcomer could be had with a variety of open or closed body styles and even saw service in the carriage trade. Updated in 1927, the 12 gained a longer-stroke 1861cc powerplant, higher scuttle and wider track. Renowned for its durability and dependability, the Austin has long held a special place in Vintage car circles.

First registered in April 1924, `FN 5999' was owned by Skinners of Broadstairs until purchased by Michael Gaudin in 1978, who treated it to a extensive twelve-year long restoration and repainted it in its original colours of Maroon over Black. The vendor acquired the Austin in 1990, since when it has benefited from the fitting of: a new battery, carpets, hood, hood cover, tonneau and Red leather upholstery, plus original-style artillery wheels equipped with new Dunlop cord tyres. A fine example.
Share: