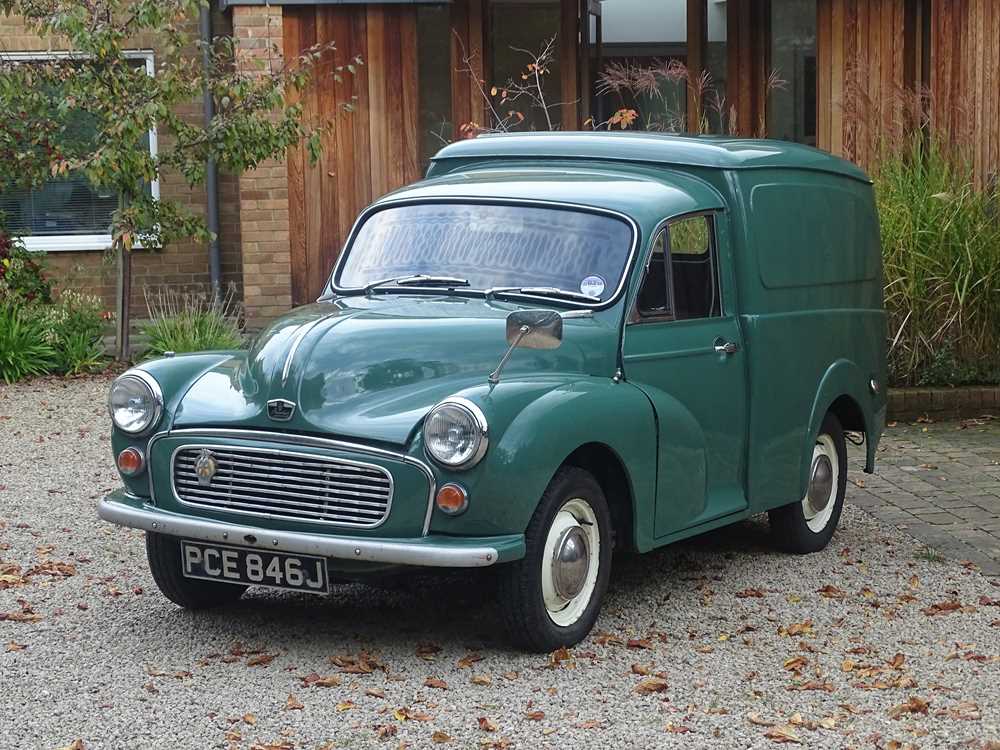 After much production success with the Morris Minor, a closed van and open flat-bed ("pick-up") versions were launched from 1953 until the end of production. They were designed for commercial use with small businesses, although many were also used by larger corporations. Both the van and the pickup differed from the monocoque construction of the Saloon and Traveller variants by having a separate chassis. They also differed in details such as telescopic rear dampers, stiffer rear leaf springs and lower-ratio differentials to cope with heavier loads. As BMC's policy was to provide both Austin and Morris with complete commercial vehicle ranges, Austin-badged variants of the Minor van and pick-up were sold following the end of Austin A35 production in 1968. These featured Austin badging and the corporate Austin 'crinkle-cut’ radiator grille but were otherwise identical to the standard Minor commercials, and were sold as the Austin 6cwt and Austin 8cwt.

Purchased new in 1970 by Professor Barrie Rickards, the distinguished paleontologist and writer as well as respected angler. Used during many an angling trip throughout his ownership, the Austin van remained in his ownership until his passing in 2009, upon which ‘PCE 846J’ entered the ownership of his partner (the sole other keeper). Finished in Green, the 6 CWT van is fitted with an Ivor Seale engine mated to the four-speed manual gearbox. Showing one erroneous keeper change during Professor Rickards ownership due to a change of address, ‘PCE 846J’ is accompanied by past logbooks illustrating the address change adding said keeper. The history file further includes a selection of past work and service invoices; a current MOT certificate until August 2022 as well as previous certificates; ‘The Book of the Morris Minor 1000’ and other sundry paperwork.