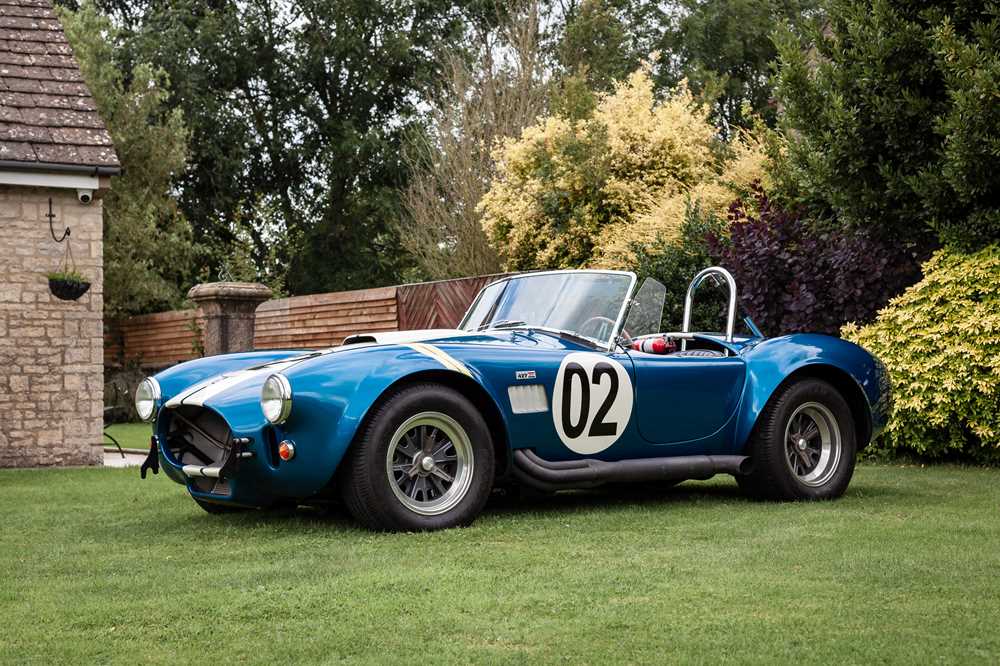 The Shelby Cobra is arguably one of the world's most famous and recognizable sports cars in history. Today's CSX4000 427 component vehicles from Shelby Automobiles Inc. are everything the 1965 models were, and more. The authenticity of each vehicle is documented by Shelby CSX numbers and a manufacturer's Statement of Origin (MSO) from Shelby Automobiles, and additionally each car has been signed by Carroll Shelby himself. Improvements include a stronger steel frame and better alloys used in the components, plus better cooling and additional heat shielding to make these cars safer and more drivable without losing any of their original character. Bodies were available in fibreglass, carbon fibre and aluminium.

This example is one of the rarest Shelbys on the market today. Only 10 were officially manufactured with a carbon fibre body, this being number 02 and must, in our opinion, be an ultimate collector’s car. The exterior is painted in one of Caroll Shelby’s favourite colours, Guardsman Blue with Wimbledon White racing stripes. Each example was painted in classic race style with the respective serial number applied, this one of course being number 02 of the 10 carbon fibre models produced. The car is equipped with Baer brakes with Shelby inscription, 15” Halibrand wheels, painted side exhaust, four-speed top-loader transmission and Shelby Aluminium ‘Dana 44’ gears with a 3.54:1 diff. As the rarest Shelby ever made it was mandatory to install the legendary Ford 427 cubic inch, side-oiler producing 409hp and 462 lb/ft of torque – clearly this car is not for the feint-hearted! Imported from Florida by our vendor in September 2017, it was subsequently homologated for UK registration. Whilst fully maintained and currently MOTd, it has been only sparingly used since acquisition and subsequently shows just 1,311 miles. This stunning Cobra is now only regrettably being offered for sale due to lack of storage.