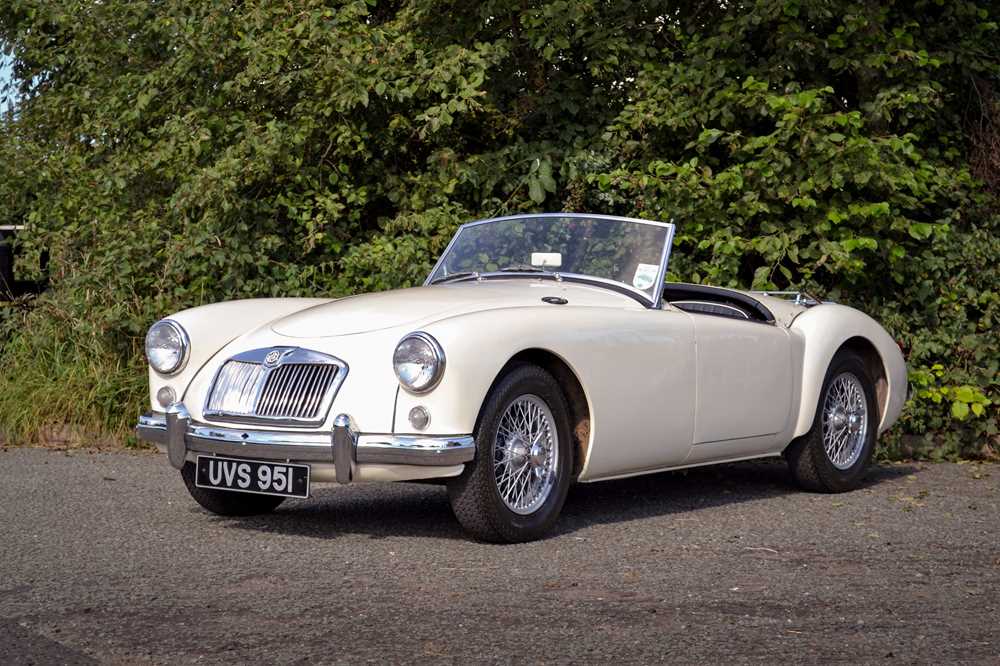 The Syd Enever-designed MGA was a breath of fresh air for the Abingdon marque, as it replaced the last of the venerable T Series cars, whose origins dated all the way back to the TA of 1936. Launched at the 1955 Frankfurt Motor Show, it featured a separate chassis penned by Roy Brocklehurst and was powered by the 1489cc straight-four BMC B Series engine. The suspension was independent with coil springs at the front and by live axle hung on semi-elliptic leaf springs at the rear. Braking was by Lockheed drums all-round, and steering was by rack and pinion.

Manufactured in 1959, this MGA was dispatched on the 5th of March 1959 to North America in left-hand drive form. Fitted with the 1500cc straight-four engine mated to the four-speed manual gearbox, the Roadster was originally finished in Black with Red interior trim. Specified from new with wire wheels, a heater and an adjustable steering column, the MG is presented today in the complementary colour scheme of White with Black interior upholstery and hood. Repatriated to the UK from America in 1987, ‘UVS 951’ has since been converted to right-hand drive specification.

An older restored example, the MGA was the beneficiary of a comprehensive engine overhaul in 1994 to the cost of over £2,700, with much further improvement completed around 2012. Entering the current custodianship in 2018, the MG has a traceable ownership history back to 1993 with just four keepers since that time including the vendor. Accompanied by a history file which includes a selection of invoices, sixteen past MOT certificates, BMIHT Heritage Certificate and a current V5C.

PLEASE NOTE: This lot is leaking fuel when running.