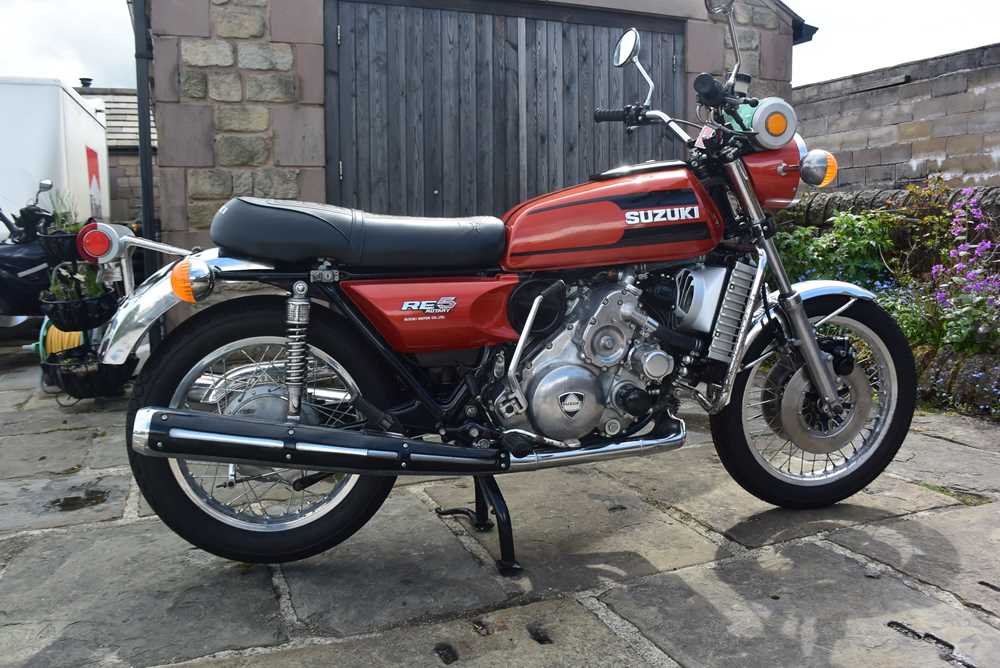 This 1975 RE5M is the early version with its round instrument panel and big round indicators emphasising the 'rotary' theme. Recently imported from the USA it comes with a NOVA certificate (NOVA17E185823) and will need some setting up and recommissioning before use. It has recently been started and run on a powerpack but will need a new battery once recommissioned.