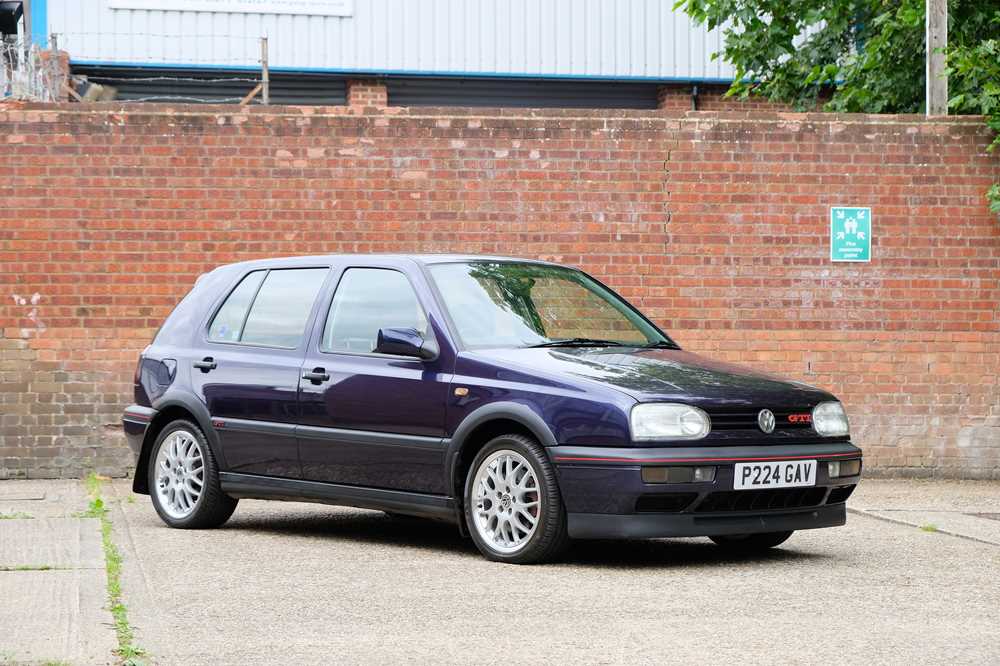 As its name would suggest, this was a Mk3 Golf special edition was made to celebrate 20 years of VW’s GTi model. Precisely 1,000 were made in three- and five-door guise with special chequered Recaro seats, red seatbelts, half-chrome and leather golf ball gear knob, and red stitching for the steering wheel and handbrake gaiter. The red theme continued on the piping for the floor mats and brake calipers. It also sported 16×7 split rim BBS alloys, similar to those found on the VR6.

Offered in Mystic Blue Pearl with contrasting anniversary interior, P224 GAV is a very rare opportunity to acquire a car with just one owner from new and 66,460 warranted miles. This particular example boasts an impressive specification including both electric sunroof and air conditioning which are unusual together, as well as power heated wing mirrors, factory mud flaps, stereo upgrade and floor mats, which are still present. Included with the sale are equally appealing documents including the original new vehicle order form and spec sheet, as well as the original bookpack including service book, MOTs straight through from 1999 to 2018 when the car was put into storage, a collection of previous invoices, spare key and V5 document which displays zero previous owners.