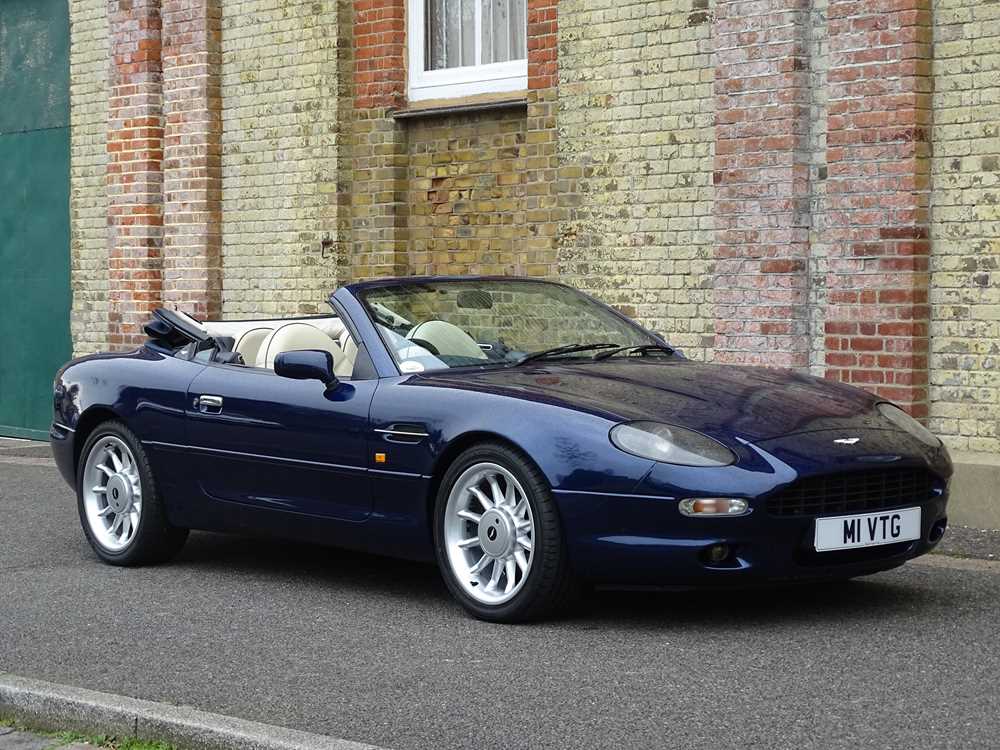 Finished in Mendip Blue matched to a Cream leather interior with Blue piping, ‘M1 VTG’ has covered just 64,080 miles from new and has been in current ownership since 2016. Offered with extensive AML service history and its original handbook / service book, the Aston also comes with 2 keys, tool kit and has recently been shod with new front tyres. The cherished registration number 'M1 VTG' is included in the sale. Said to have been maintained with no expense spared for the last 10 years, it is no surprise the vendor currently grades the DB7’s engine, transmission, electrical equipment, interior trim, bodywork and paintwork all as ‘excellent’. Offered with an MOT certificate into February 2022.