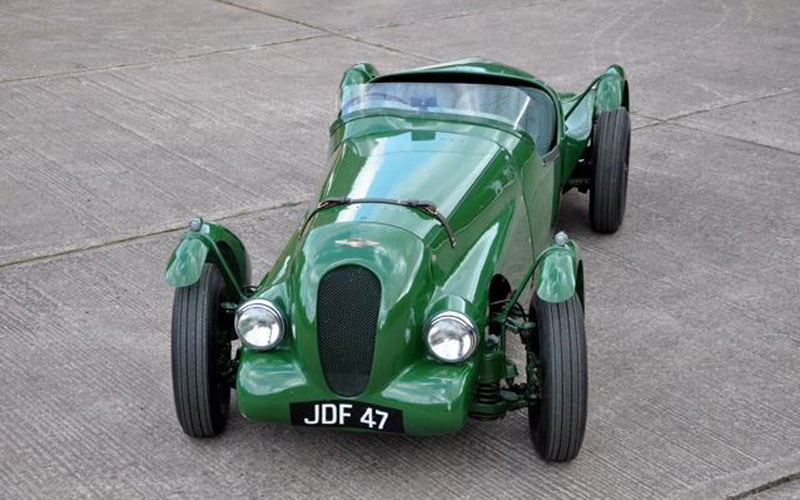 That W O Bentley was a technical mastermind is not in dispute, yet his career left so many unanswered questions. What if Bentley Motors had survived the depression? What if the war had not interrupted his period at Lagonda and the company had remained independent? More specifically, could a W O-designed Lagonda sports car have won Le Mans in 1949? John Weatheritt built a car that went some way towards answering the latter.

In 1969 he acquired a derelict 1949 Lagonda Drophead Coupe for spares, but decided to resurrect it as light two-seater that W O might just have built for the 1949 race at La Sarthe, had the opportunity arisen. Bearing in mind the post-war restrictions that would've limited Bentley's options, Weatheritt only modified his donor car where essential, and only used materials and methods that would have been available in period. Ultimately the changes to the Drophead were limited to: moving the radiator forwards and downwards, lowering the spring rates front and rear to suit the reduction in weight, and altering the steering column rake. Narrow bodies and separate wings were still in vogue in 1949, so it seemed reasonable to echo the lines of the pre-war V12 Lagonda, and he constructed a 0.5 inch diameter 16 gauge tubular steel frame as the support for the new alloy body. He sought advice from key former Lagonda employees Frank Feeley and Donald Bastow.

The product of Weatheritt's labours was 9cwt lighter than the standard car so, with 123bhp on tap from the original Vantage engine, it had a favourable power-to-weight ratio. The steering proved to be 'light, sensitive and accurate, the ride comfortable, and the handling superb'. Having ultimately competed in 'JDF 47' and driven it all over Europe he felt that a Le Mans win could just have been possible. His wonderful hybrid Lagonda is now available to enrich another enthusiast's motoring life.
Share: