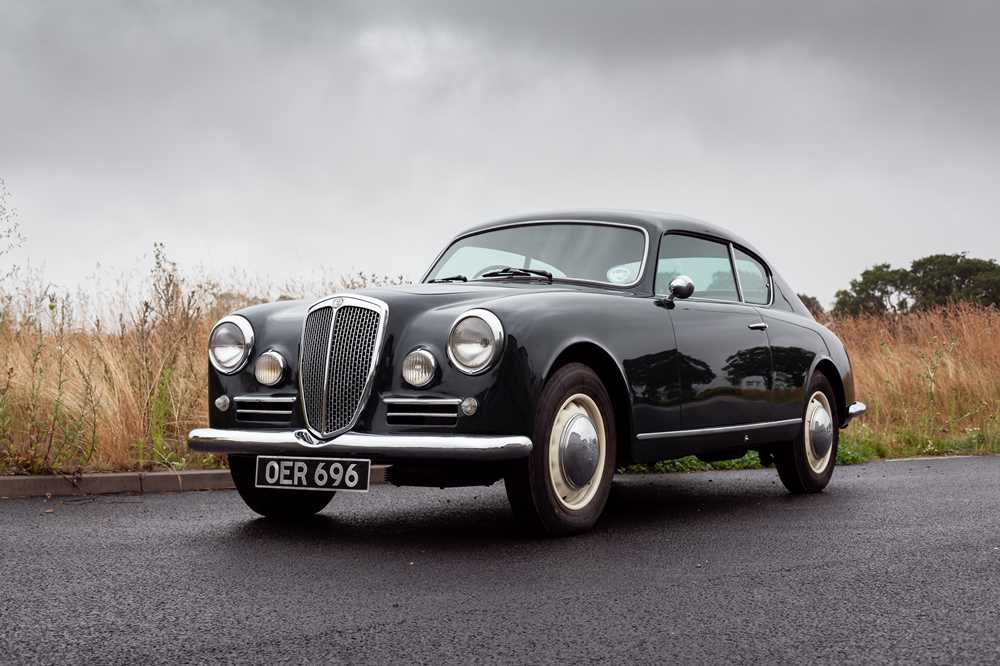 ‘Time was when Lancia had its own unique style and disdained convention. Its cars were often inordinately beautiful or, at the very least, resonantly elegant in their thinking. None more so than the Aurelia B20 GT, which married timeless style with idiosyncratic engineering and an enviable competition pedigree. It remains one of the most captivating Lancias ever, and so by definition one of the most enthralling of all road cars, period . . . You will probably never read a negative report on the Aurelia B20 GT. And that’s because it is truly – genuinely – brilliant. Nothing from the same period comes close for polished road manners. And that’s before you even look at one’ (Richard Heseltine, Motor Sport magazine)

A rare beast indeed, chassis B20-3624 is understood to be one of just twenty-five Aurelia B20 GTs to have been officially imported by Lancia England. A desirable Series IV variant with the larger 2.5 litre V6 engine and improved De Dion rear suspension, it was purchased new by the vendor’s uncle. The proprietor of The Eastern Counties Plant Hire Co Ltd with an engineering background, he became so enamoured of the Aurelia that he later added a Lancia dealership to his business portfolio running a series of Flaminias, Flavias and Fulvias. The seller was allowed to drive the B20 GT when it was just a year old and she only eighteen. A Cambridge car all its life, ‘OER 696’ was the sole ‘foreign interloper’ allowed inside her late husband’s garage which otherwise housed some truly significant Aston Martin, Lagonda and Bentley motorcars. Given the number of Lancias her uncle owned, the vendor tells us that she has no reason to think that the 44,000 miles shown on the Aurelia’s odometer does not represent the total covered from new!

Accompanying paperwork suggests that chassis B20-3624 had its factory-fitted engine overhauled in 1959 and had covered a mere 39,563 miles by April 1975. Looked after by David Wall Vintage & Classic Cars of Norfolk for the last few decades, the Lancia has had attention paid to its brake system, fuel system, wiper mechanism, drive shafts and rear transaxle not to mention a bare metal bodywork refurbishment in its original Dark Green which was completed during 2011 (two pack being covered with six coats of cellulose). Starting readily and running well during our recent photography session, ‘OER 696’ is being returned to Mr Wall so that it can be presented for sale with a fresh MOT certificate. As well as working on the car for years, he has fond memories of driving it from Lands End to John O’Groats with the vendor’s late husband. The original plan was for them to contest the ‘Le Jog’ event. However, they felt that the lack of sleep necessary to be competitive was uncivilised.

Coming to auction for the first time in its sixty-six year history, this very special Aurelia B20GT is worthy of close inspection and another long-term custodian! Offered for sale with original buff logbook, Lancia Consortium paperwork and numerous bills / invoices. A surely unrepeatable opportunity.