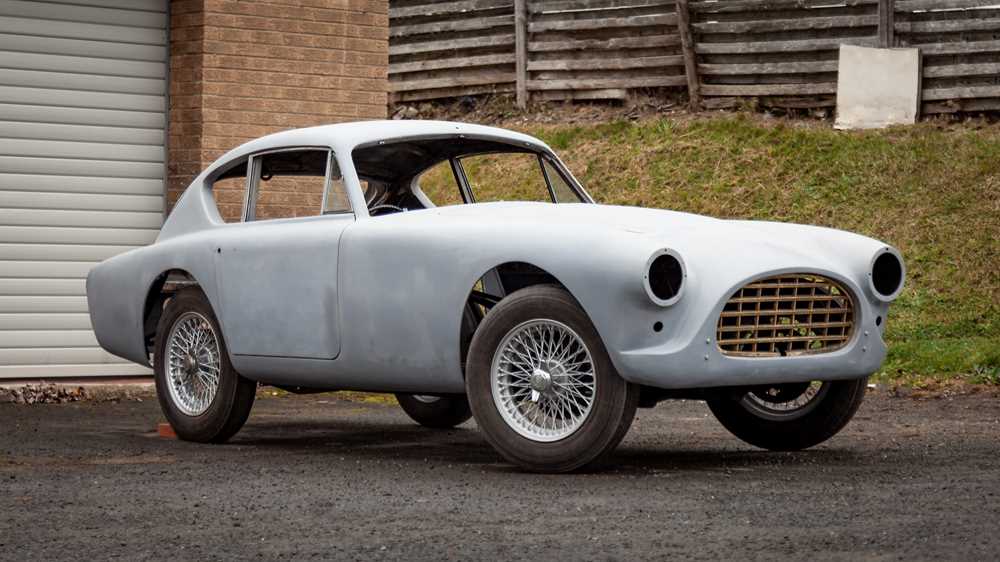 Introduced in 1954, the AC Aceca fastback was conceived as a more refined alternative to the company's seminal Ace roadster. Developed by Alan Turner and Desmond Stratton, the new model augmented its open-topped sibling's ladder-framed chassis with an elegant square-tube superstructure. Boasting a generous glasshouse, sensuous roofline and practical side-hinged rear hatchback, the Aceca's Grand Touring credentials were more than skin deep as proven by its all-round independent transverse-leaf suspension and four-wheel hydraulic drum brakes. Initially powered by the John Weller designed 1991cc OHC straight-six which had been a staple part of AC production since 1919, the two-seater could later be had with a choice of Bristol 2-litre or Ford 2.6 litre engines (all three variants boasting a 100mph plus top speed). Handbuilt, just 328 Acecas were produced of which 151 were AC-engined.

According to its accompanying original buff logbook, chassis AE528 was initially road registered as ‘UBP 650’ on November 4th 1955 to K.N. Rudd Ltd; the company owned by renowned racing driver, tuner and AC concessionaire Ken Rudd. The second keeper is listed as A.C. Cars Ltd, while the first private individual to take possession was J. Orr Esq of Avon House, Keynsham on February 13th 1956. Thereafter, the Aceca passed to Aubin Long Esq, Jas Harrison & Sons Ltd, Geoffrey Hewitt Esq, Anthony Strange Esq, Wilfred Bell Esq and Raymond Harding Esq before being bought by William Charlton Esq in December 1967 who kept it for the next forty-nine years. Last taxed for road use during 1977, the two-seater was dismantled by Mr Charlton pending a restoration that has yet to be completed. Acquiring the project in 2016, the vendor had the chassis and bodywork professionally restored with the latter being finished in Grey Primer. Factory finished in Blue with matching Blue leather upholstery, the AC has also had its speedometer and rev counter refurbished plus numerous new parts bought for it. Sundry chromework has been replated and the four-speed manual gearbox not only rejuvenated but augmented by a Laycock de Normanville overdrive. The original AC 2-litre straight-six engine (number CL2206W) is present but in need of a complete overhaul. The fibreglass mouldings for the front footwells, gearbox cover and rear bulkhead appear basically sound and there are numerous hand drawn paper templates to help reconstruct the interior. An appropriate kit is among the spares should a new owner wish to convert the car to rack and pinion steering. The finned brake drums look to have been rejuvenated and a wiring loom should act as a guide when it comes to reinstating the electrics. The front windscreen and side windows are present as is the plexiglass rear windscreen. The radiator has been reconditioned and the original brass chassis plate retained. It is somewhat indistinct but we thought we could see the number ‘528’ stamped into a bonnet hinge which suggests the component itself is original. We are not aware of any major parts being missing. However, the AC is being sold strictly as seen and as such potential purchasers are urged to carry out their own inspections. Offered for sale with original buff logbook, continuation logbooks, V5C Registration Document and sundry paperwork.