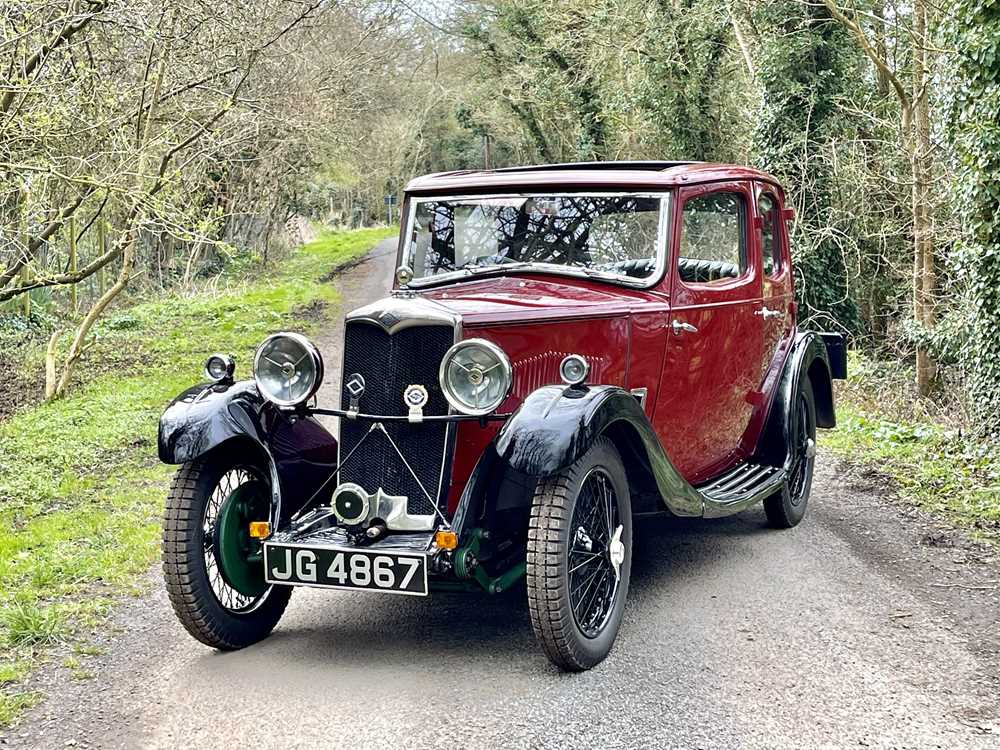 Introduced in 1926, Percy Riley’s 9hp, 1,087cc twin-camshaft ‘four’ was an outstanding engine design by any standards, various versions powering Rileys until 1957. Clothed in stylish bodywork by Stanley Riley, the Coventry manufacturer’s pre-war offerings were among the world’s finest small-capacity sporting cars. Right from the start it was obvious that the 9hp Riley engine possessed enormous potential as a competition unit, and at Brooklands J G Parry-Thomas and Reid Railton were the first to demonstrate just how good it was. The success of their racer led to a production version, the Speed Model, which would turn out to be merely the first in a lengthy series of memorable Riley sports cars. 1929 saw the introduction of the MkIV chassis featuring wider front/rear track and much larger brakes than hitherto. Models available were the Monaco saloon, Biarritz saloon, fabric-bodied four-seat tourer and a brace of coachbuilt tourers. The Monaco saloon was offered into 1935 before being dropped, by which time the Nine had incorporated a further series of refinements that included a lower final drive ratio, coil/distributor ignition, all-helical gearbox, box-section chassis frame, wire wheels and Hartford shock absorbers, while the ENV pre-selector ’box was an option.

First registered as 'JG 4867' on 18th August 1934, confirmed by the Birkenhead Council-stamped buff continuation logbook, this handsome Riley was briefly resident in Manchester, Huntingdon, Yeovil and Essex before heading back north to Coventry again thereafter. The 'Monaco' entered its current ownership in January 2005 and has undergone much improvement at vast expense over the past sixteen years. This included the replacement of the ash body frame (to scuttle) during August - October 2010 and a full respray of the bodywork by marque specialists Ashridge Automobiles during 2017 - 2018 at a cost of circa £13,000.

Twenty-three old MOT certificates on file suggest that this delightful pre-war saloon has covered less than 10,000 miles since 1978 (the current odometer reading is c.31,500). Finished in gleaming red and complemented by the car's original green leather upholstery, there's considerable charm and charisma in the cockpit. The patina throughout is wonderful, with that heady and intoxicating old car whiff of ancient leather and timber. Electrical equipment is described by the vendor as 'very good' and this includes a functioning dashboard clock and illuminated fuel gauge - many Riley owners will confirm that this is a rarity in itself! Starting readily upon inspection, this decidedly elegant and useable 'Monaco' saloon is offered for sale with a large and comprehensive history file, factory instruction book and lots of invoices, receipts and other related maintenence/service paperwork. An ideal VSCC starter car with the added benefit of having one of the oldest and best respected badges on the radiator grille.