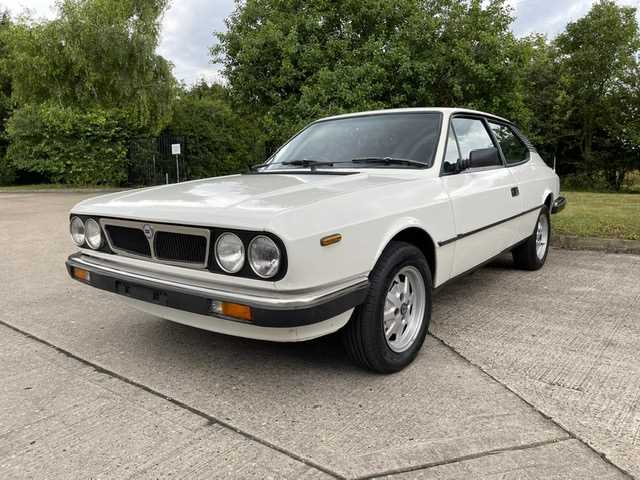 Introduced at the March 1975 Geneva Salon, the Lancia Beta HPE was more of a ‘lifestyle estate’ than a serious load lugger. Indebted to the existing Coupe and Berlina variants for its visage and wheelbase respectively, the newcomer was powered by a choice of 1600cc, 1800cc and (later) 2000cc ‘twin-cam’ engines. Sharing the same all-round independent suspension, four-wheel disc brakes, rack and pinion steering and five-speed manual transmission as its siblings, the High Performance Estate was praised by the contemporary press for its performance, handling and roadholding being labelled ‘a driver’s car’. Known simply as the Lancia HPE from 1979 onwards, the stylish three-door remained in production until 1984. Sadly, Lancia’s well-documented rust issues mean that survivors are a rare sight on today’s roads especially in RHD guise.

Finished in White with Grey fabric upholstery, this comparatively late HPE 1600 was treated to a photographically documented restoration just last year. Showing an unwarranted 55,000 miles to its odometer, ‘NST 253Y’ is variously rated by the seller as ‘good’ (interior trim), ‘very good’ (bodywork, engine, electrical equipment, manual gearbox) or ‘excellent’ (paintwork). Apparently, one of only seven surviving HPE 1600s known to the DVLA, this rare Lancia is offered for sale with MOT certificate valid until May 2022.