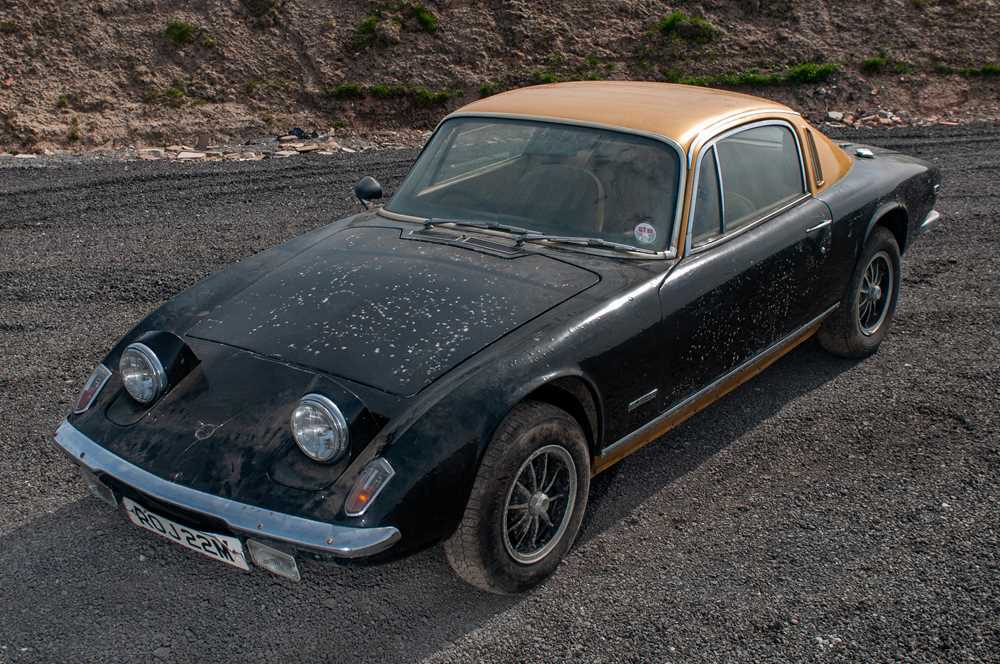 We are delighted to offer this rare Lotus Elan Plus 2 130S/5 'John Player Special' edition. Built to commemorate Lotus’s 50th Grand Prix victory, the iconic 'JPS' livery Lotus Elans were finished in the same black / 'metalflake gold' colour scheme as the F1 cars of that period, then piloted by champion drivers such as Emerson Fittipaldi and Mario Andretti.

The 'Elan 2' was revealed to the world in 1962 with a 1500cc engine and a four-speed gearbox in a small and stylish 2-seater roadster form. The Plus 2 (code-named M20) was born and introduced in 1967 and had arguably better proportions than the 'baby' Elan. In 1971, the +2S 130 was launched with a ‘Big-Valve’ version of the Lotus 'Twin Cam' engine, providing an improved 126bhp hence the “130” model suffix. It produced a maximum torque of 113lb/ft at 5,500 rpm, propviding plenty of power to fully enjoy this lightweight and useable family sports car. The +2S 130 was an appreciable step up in quality with a raft of ‘luxury’ fittings from quartz halogen fog lights to burr walnut facia and electric windows. In October 1972, the long-called for five speed gearboxes finally arrived as an option, to make cruising smoother, and the Lotus Elan +2S 130/5 became ‘the’ version to have.