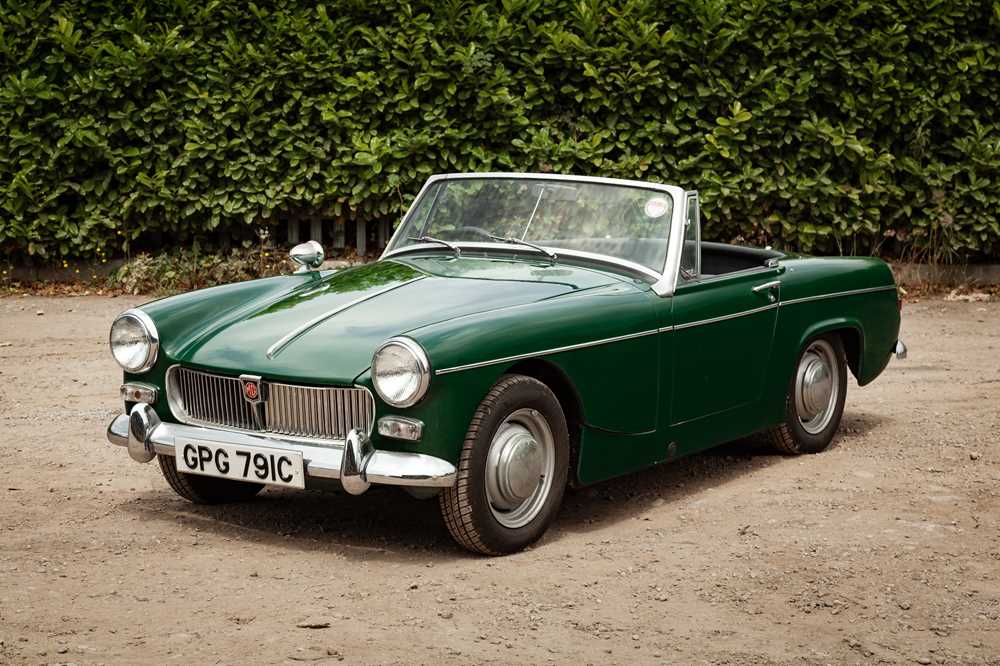 By the '60s, the MG Car Company had long since been absorbed into the giant British Motor Corporation (BMC). In an effort to fully capitalise on the many respected names in its care, the company embarked upon a programme of 'badge engineering' and the new MG Midget was essentially a MKII Austin-Healey Sprite in a slightly different suit of clothes. In christening its new small sports car 'Midget', BMC revived a name made famous by a range of pre-war MGs. Certainly, the Midgets, old and new, shared the same basic concept - i.e. they were two-seaters clothed in a simple, relatively light body and equipped with front-mounted engines driving the rear wheels. Moreover, they had suspension and brake components etc common to other cars, making them easy to replace or repair and cheap to service. The Midget MK I was introduced in 1961 and ran for a couple of years only with the 948cc engine. In 1962 it was upgraded and the 1098cc engine was fitted and this ran for three years, but surprisingly less examples were made. It was in essence an Austin Healey Sprite with a more attractive grille and side chrome trim; and from 1962 disk brakes were standard.

This Midget 1100 was manufactured in 1965 and supplied new to a Mr. William Leslie Stephens from Horley, Surrey being first registered on the 21st of January 1965. Fitted with the 1098cc A-series straight-four engine and with a four-speed manual transmission. The MG Midget is finished in its original British Racing green with black leather interior upholstery. With only six owners from new (the first two from the same family), the Midget entered current ownership in April 1973 before being taken off the road and put into storage in 1976.

Staying in long-term storage from 1976 until 2011, whereupon the car was mechanically overhauled before entering back into storage until being recommissioned to running and driving condition between the period of 2013-2017. The MG was subsequently placed back into storage however and now will require light recommissioning, although since arriving with us we have had the MG running and driving but still requires recommissioning. The MG is understood to have covered a total of 65,163 recorded miles until the speedometer was changed in 2017, with the new speedometer fitted showing 32,472 miles upon fitting, though the car has covered no mileage since fitment. The Midget will need re-registering due to no longer showing on HPI and the length of time off the road without being SORN. However it is offered with the original RF60 logbook.