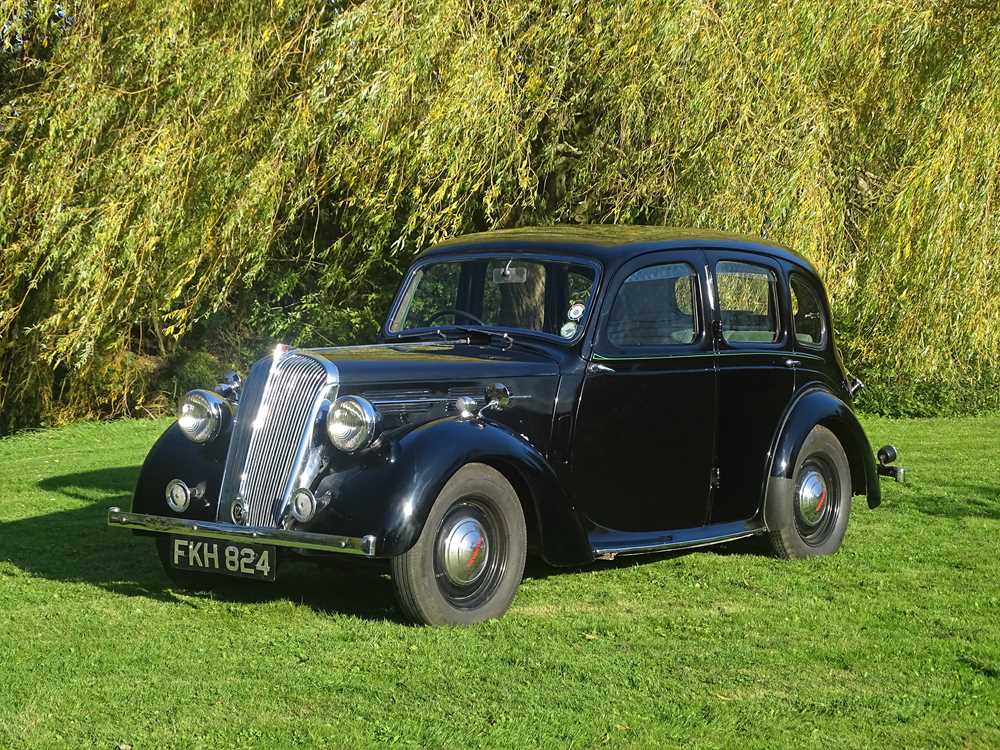 The Flying 12 was introduced at the Motor Show in October 1935 with a 1609cc (12hp) four-cylinder side-valve engine producing 44bhp and driving through a 4-speed box. The car was sophisticated, quiet and well-mannered but it soon became clear that the performance was lacklustre thanks to a heavy body on a weighty chassis. Within a year the factory had designed a much lighter chassis for what is today known as the Light 12, but it was to take rather longer to develop a suitably lightweight body that would offer the space and the comforts that Standard desired.

Manufactured in 1939, this Flying 12 was first registered in the UK on the 24th of March 1939. Fitted with the 1609cc four-cylinder side-value engine mated to a four-speed manual transmission and is finished in the complementary colour scheme of Black with Green interior trim. The Standard has a recorded mileage of 86,682 (atoc) miles and has been in current family ownership since 2017. Having a cameo appearance in the 2002 film ‘A is for Acid’, ‘FKH 824’ is now offered from a deceased estate and may require some recommissioning following a short period of storage although is said to ‘run well’. The Flying 12 was in previous long-term ownership and is accompanied by a history file that comprises previous logbooks, collection of past MOTs and tax discs and V5C document.