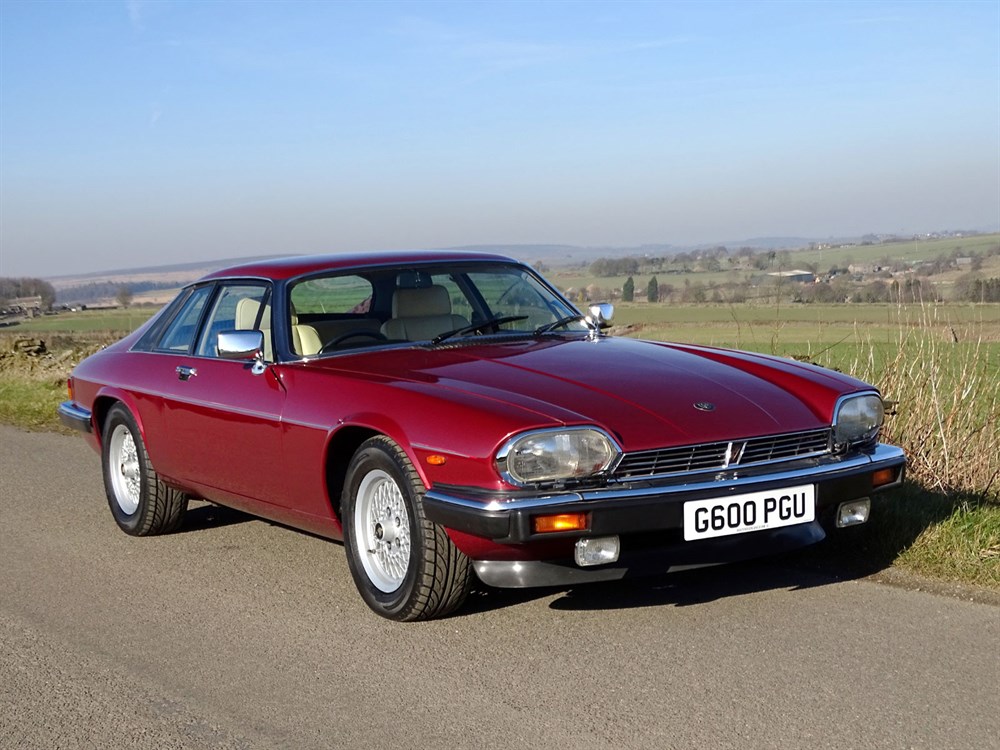 Introduced in September 1975, Jaguar's XJ-S (later the XJS) was envisaged as a high-speed GT rather than a raw-edged sports car. Based around a two-door monocoque bodyshell equipped with all-round independent suspension, four-wheel disc brakes and power-assisted rack and pinion steering, some of its underpinnings even found their way into the later Aston Martin DB7 and Jaguar XK8. At launch, the XJ-S was powered by Jaguar's legendary 5343cc V12 engine mated to either automatic or manual transmission (though, the latter was soon dropped). Capable of over 140mph, performance was always a model strong point. Fuel economy, however, was not - cue the High-Efficiency (HE) engine. The XJ-S was equipped with the HE unit from July 1981, its Michael May-designed cylinder head not only endowing it with far better fuel economy, but also more power - 295bhp. Other changes implemented at the time include: new five-spoke alloy wheels, chrome inserts to the upper part of the bumpers, and wood inserts for the fascia and door cappings.

Finished in Bordeaux Red metallic with Magnolia leather upholstery, chassis SAJJNAEW3BB161636 has led a decidedly charmed life. Supplied new by Loxleys (Bromley) Ltd to Morco Ltd, London as a company car for George Morrison Esq., the XJS is still registered in his name and is warranted to have covered a mere 52,000 miles from new. Only ever serviced by Jaguar main dealers with a Mr P. Martin signing five of the eight stamps, the 2+2-seater has spent much of the past fifteen years in temperature-controlled storage. Last fettled by Hatfields Jaguar on 19th December 2018 at 52,285 miles, 'G600 PGU' started readily upon inspection. A highly presentable, original, low mileage XJS which is not to be confused with most examples on the market, 'G600 PGU' is offered for sale with its original book pack and sundry MOT certificates including one valid until 24th October 2019.
Share: