A British tourist visiting a French vineyard spotted a truck converted from a 1924 Citroen B12 9cv car abandoned and rusting in a thistle and bramble patch. Subsequently imported to the UK, the Citroen has a wonderful tale to tell and is coming up for sale with H&H Classics on April 14 at the Imperial War Museum, Duxford. It is being sold with ‘No Reserve’.

After relocating to Britain the Citroen has been much used in film and television about the WW2 period in France. When the truck was recovered and brought to the UK in the early nineties it was restored...however, it was subsequently sold on and in the intervening years has deteriorated and now needs restoring again hence ‘No Reserve’.

The wreck came with an intriguing story that slowly emerged during a long wine tasting session at the vineyard where it was found. The Citroen car had been converted to a light truck to ensure a petrol supply from the German occupiers who only issued petrol to commercial vehicles used in food production and other vital services, but none for private vehicles. They hoped that by providing the French vineyard owners with fuel for their vehicles it would assure them of a better quality of wine.

The truck was emblazoned with the sign of the Free French Resistance movement.

Ernest Carrier the vineyard owner near Bordeaux where the truck was found said it had belonged to his father who used it every day on the farm – and at nights on occasion it was used by the Resistance. 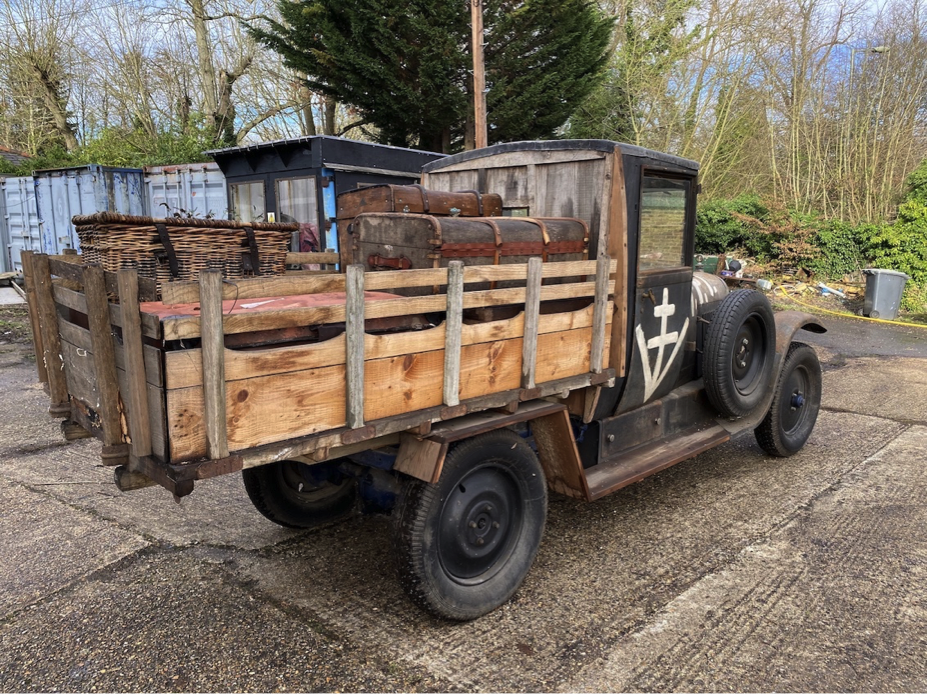 John Markey of H&H Classics, comments: “Whoever secures this unique and historically interesting vehicle will not only own a very rare converted Citroen but have a truck that was used by the French Resistance and is now in demand by filmmakers. There are not too many like this!”

Historic Citroen as found on French vineyard near Bordeaux