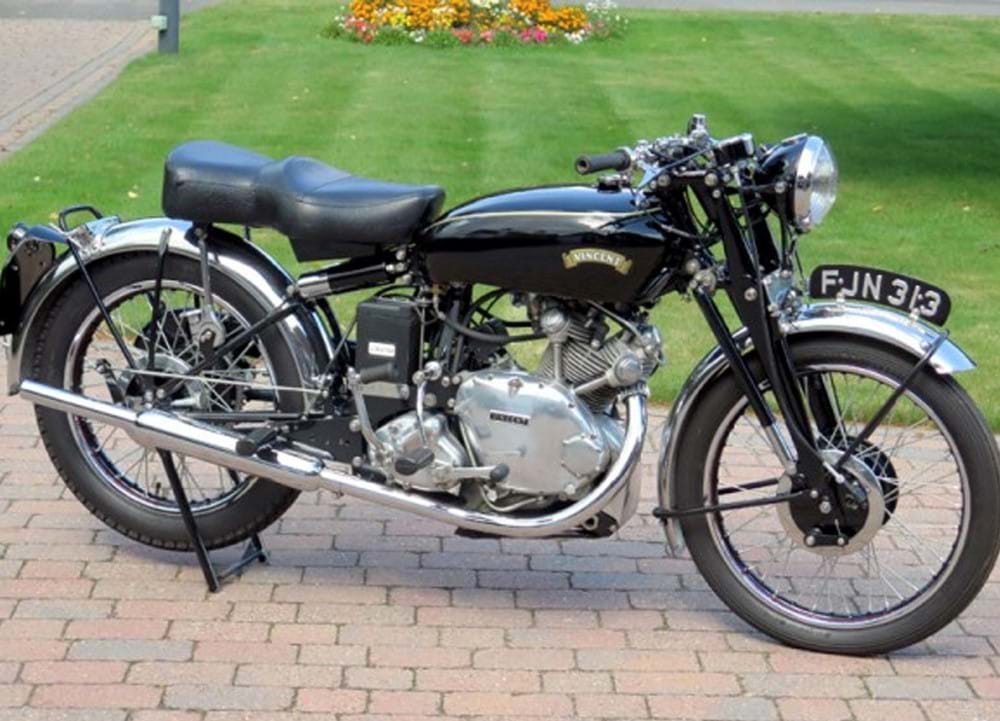 A post war Vincent c series Comet sold for £24,640 at the recent October 12th H&H Classics sale at the Imperial War Museum Duxford, a price that is believed to be a record.

“And the Vincent A series have sold for £25,000 so prices for this marque continue to spiral upwards," says Mark Bryan of H&H Classics Motorcycle Department. He adds: “These bikes (like Broughs) are almost out of reach of the enthusiast market and into the investor market!”

Now gearing up for the next H&H bike sale at Donington Park, H&H Classics are offering a range of interesting bikes with a total estimated value of £500,000.

Leading the pack for interest is a 1913 BSA Model D 3 ½ TT machine which competed in 1913 Isle of Man TT, ridden by Kenneth Holden. Although it failed to finish it is one of only two TT bikes to survive from 1913.It comes complete with TT rear pulley wheel and original tool kit. It is estimated to sell for £18,000 – 20,000.

Pioneer certificate means you can do the London to Brighton, probably one of the fastest London/Brighton bikes.