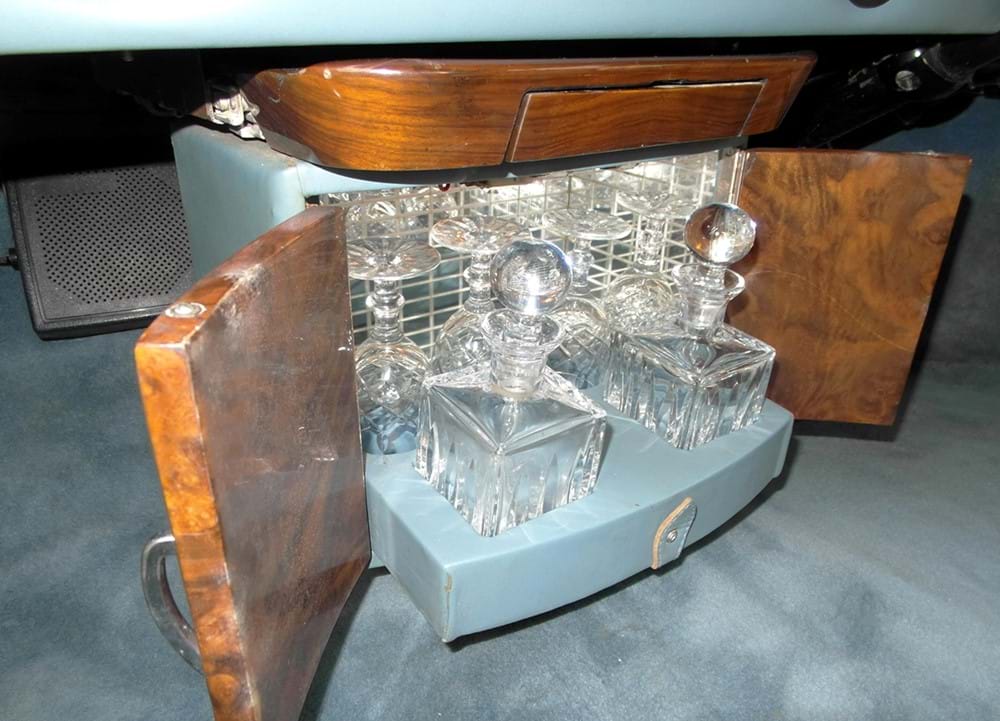 This rare 1965 Rolls-Royce Silver Cloud III DHC 'Chinese Eye' was owned by two well known musicians: Vangelis (the Greek electronic jazz and orchestral composer) best known for the scores for Chariots of Fire and Blade Runner, owned the car for 23 years (1993-2016) after he bought it from fellow musician Kenney Jones, drummer of The Small Faces and The Faces in the 1960s, and later The Who after the death of Keith Moon. This symphony on wheels has an estimate between £150,000-180,000.

One of the more striking designs available, this Mulliner, Park Ward Drophead Coupe was aimed at owner-drivers, since society in the 1960s was changing rapidly and the era of the chauffeur-driven car was coming to an end. This car owed its beautifully sleek profile to Norwegian-born stylist Vilhelm Koren, who pioneered its 'straight-through' wing line and 'cut-back' wheelarches on the Bentley S2 Continental chassis. Afterwards these lines were successfully carried over to its successors and also to the initially more conservative Rolls-Royces. Visually updated by the diagonal placement of their quad headlights, which gave it its nickname ‘Chinese Eye’, the Koren-designed Cloud IIIs (available in both fixed- and drophead coupe guises) thus boasted a decidedly avant-garde, yet majestic look. Not surprisingly, the modernist design attracted a younger clientele like actors and musicians.

Kenney Jones however was the second owner of this Rolls-Royce, which was delivered new on 17 May 1965 to a Mr Sidney E Dale from Plaistow, London by Jack Barclay. The car contains numerous factory options like a heavy gauge frame, an electrically operated aerial, electric windows with emergency manually-operated handles/cranks, an electrically operated hood mechanism, hood cover and a radio. It also has a cocktail cabinet under the dashboard with crystal glasses and carafe. The Rolls-Royce was delivered in Regal Red with beige upholstery, but was re-sprayed in blue in the 1980s.

Vangelis bought the car in 1993 and kept it for 23 years until the end of 2016, but hardly ever drove it, if at all. The car was found in a London garage and is still UK registered: ELL 483C. Chassis number is CSC 11 B, engine number B 6 CS. Documents go with the car, including build sheet, option list, correspondence and V5s.