His cars could be worth six figure sum once complete

Take a look at the video: Hidden Treasure

The garage collection of the late Terry Harrison - ex-Works BMC Navigator, keen amateur racer and authority on motorsport history - will be sold by H&H Classics at its March 24th Live Auction Online without Reserve.
Damian Jones, Head of Sales for H&H says: “The value is not huge but the content of this garage is a motor racing treasure trove – an AC Aceca Bristol and two Lotus Eleven racing cars. All three are sold as ‘garage finds’ in varying states of completion. Given the regard in which Terry was held by those who knew him I have no doubt there are many who will want a part of his automotive legacy.”

According to information kindly supplied by Richard Unwin, the AC Owners’ Club’s Aceca-Bristol registrar, this particular example – chassis BE786 – was initially earmarked for distribution via Ken Rudd of Ruddspeed fame. Completed on June 12th 1960 in Princess Blue with Red leather upholstery, the two-seater was first registered as ‘1 BMJ’ to Messrs A & R Thomas of Central Garage, Kempston, Beds on August 2nd 1960 and purchased by its first private keeper, Boyce Ian David Davis Esq at the end of that same month. A research chemist with several patents to his credit, Mr Davis kept the fixed head coupe through various address changes before selling it in 1969 to the late Terry Harrison (from whose estate it is now being offered). A former BMC Works Navigator and motorsport enthusiast, Mr Harrison is known to have hillclimbed ‘1 BMJ’ and used it as everyday transport. Seemingly taken off the road during the 1970s, the AC was quickly sidelined by numerous other projects including the Lotus Elevens it was garaged alongside and a series of BMC machinery.
An engineer who worked for Industrial Reels Ltd of Wigan, Mr Harrison began to restore the Aceca in earnest around 2009. Discovering signs of past impact damage, he repaired the front of the chassis (painting them white in the process). We do not believe the accident was that severe because the fixed head coupe appears to retain its original bonnet (or so the number ‘786’ stamped into one of the hinges would imply). Removing the factory-fitted Bristol 100D2 engine and four-speed manual plus overdrive gearbox with the help of fellow Aceca owner Tony Jackson, Mr Harrison had the front and rear transverse leaf springs and all four shock absorbers professionally refurbished. The back axle assembly received new bearings and seals (it has yet to be refilled with oil) and the aluminium panels for the boot area were remade. A new wiring loom was acquired and the radiator rejuvenated. The fuel tank was repaired and new front discs sourced as well as fresh wheel cylinders for the rear drums. The wire wheels were restored by MWS prior to being stove enamelled and shod with new Michelin tyres. The steering received some attention and a stock of replacement parts was gathered including new front sidelights, headlight bowls, tail lights, door handles, Moto Lita steering wheel / hub and exhaust system. Some of the instruments were refurbished too.
Sadly, work on the car ground to a halt in 2014 or thereabouts. The seats are missing as are the bumpers (and doubtless myriad minor components), however, the AC has the makings of a rewarding project. As far as we are aware only twelve of the 88 right-hand drive Aceca-Bristols made featured the more powerful 100D2 engine, overdrive and front disc brakes making ‘1 BMJ’ a rare opportunity indeed especially as it has had just two private keepers from new and is coming to market for the first time in fifty-two years!

According to its accompanying green logbook, this Lotus Eleven was licensed for road use as a ‘built up vehicle’ with chassis number: ‘N.W. 204’, engine number: ‘FWA 6577’ and registration number: ‘OVB 7F’ by Greater London Council on 14th August 1967. The first owner is listed as Paul Eric Slough, an employee of Normand (Mayfair) Ltd, and numerous bills on file from Coventry Climax Engines Ltd, Borg & Beck, Hardy Spicer & Co and Len Street (Engineering) Ltd suggest that he spent much of 1966-1967 refurbishing the sports racer.
The origins of the chassis are currently a mystery but ‘N.W. 204’ should not be confused with ‘204’ which was supplied new to Ed Freutel of Los Angeles and is still apparently resident Stateside (though, another ‘204’ surfaced on this side of The Pond during the 1990s). The engine listed on the green logbook and which still accompanies the car (FWA 6577) is understood to have been first installed aboard the ex-Gerard ‘Jabby’ Crombac Lotus Eleven (‘152’) and then transferred to the ex-Le Mans 750cc Lotus Eleven (‘519’). The latter still exists in Australia albeit with a different powerplant.
Acquired by James Edward Puddephatt of Inkberrow, Worcs in November 1969, the Lotus then passed to Peter Cranage before being bought by the late Terry Harrison and his friend Mike Offley two years later (Mike was Terry’s most frequent driver during their days rallying Mini Cooper S and Ford Escort Twin-Cam cars etc). A handwritten receipt on file confirms that the Eleven changed hands for £715.
Campaigned by Terry Harrison at a variety of race circuits and hillclimbs from 1972 until 1975 when a shunt at the Thruxton chicane saw it retired, ‘N.W.204’ has been awaiting renovation ever since. A Lotus Eleven convert, Terry acquired another Series 1 chassis as well as a Series 2 plus a variety of relevant spares. However, the offer of driving Tony Roger’s similar machine saw Terry’s work on his own cars shelved
Known to the Historic Lotus Register for over four decades, it is possible that further research by its members will unearth a factory identity for this wonderful old warhorse. Loosely assembled for photography purposes and still wearing stickers from the JCB championship, the Eleven comes with a wealth of paperwork including bills from the late 1960s / early 1970s, race entry paperwork and general model information. 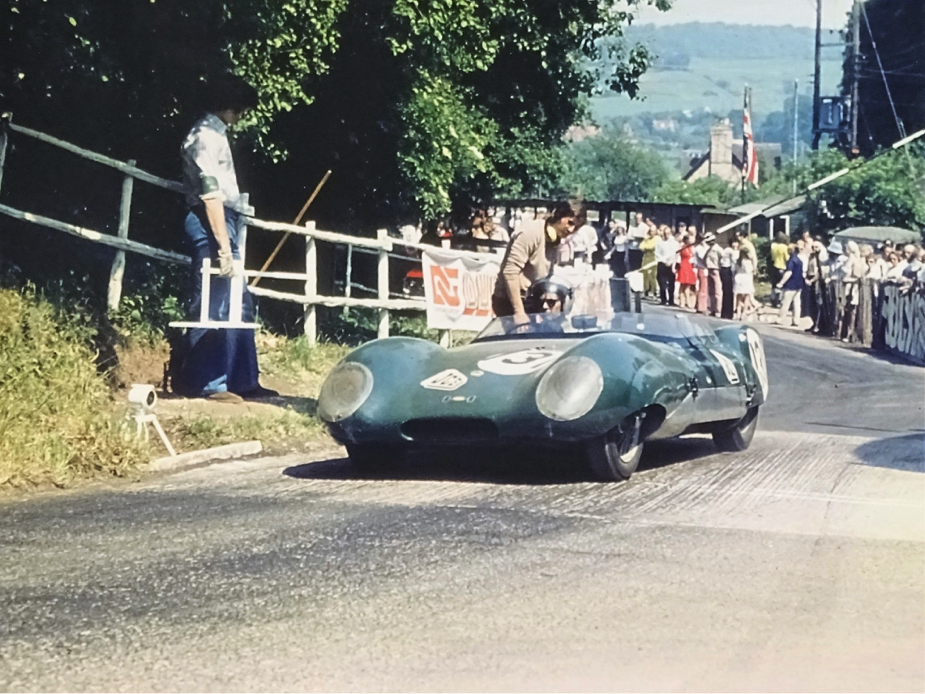 A Works Navigator for BMC aboard various Mini Cooper S and Austin 1800 ‘Landcrab’ entries during the 1960s, Terry was a keen driver himself acquiring an AC Aceca-Bristol in 1969 and a Lotus Eleven S1 ‘Le Mans’ two years later. The AC was briefly hillclimbed as well as serving as everyday transport, while the Lotus (which had been bought with his most frequent rallying teammate Mike Offley) was campaigned under the ‘Team Woodbine’ banner. A prang at the Thruxton chicane during 1975 resulted in the Eleven S1 ‘Le Mans’ being sidelined especially as Tony Roger invited Terry to drive his similar car thereafter. Volunteering as a marshall at circuits up and down the country long after he had surrendered his competitor’s licence, Terry had a particular fondness for Oulton Park.

Part of many a winning motorsport quiz team, he built up a huge library of books, brochures, programmes, entry sheets and results lists. Always keen to share his knowledge (but oblivious to any financial gain it may have brought him), Terry’s love of cars and motorcycles inspired our founder Simon Hope’s similar passion. Growing up opposite Terry’s house, Simon became fascinated with the diverse range of exotic machinery that was often to be seen parked on his neighbour’s drive. A friend to Simon and H&H for many a year, he never hesitated to contact us if he could add to the history of a car going under the hammer. Increasingly reclusive in his latter years, Terry’s kindness, knowledge and generosity remain an abiding memory for those who knew him.