H&H Classics are gaining quite the reputation when it comes to discovering and selling barn-find classic cars and motorcycles – strengthened further yesterday after they sold this absolute gem as part of their 68%-sold Buxton auction yesterday at The Pavilion Gardens. The 1962 E-Type Jaguar, had been in storage for 35 years in Moray, Scotland, with just 66,551 miles on the clock and prospects of making the perfect restoration project.

Entered with No Reserve, it achieved almost twice its pre-sale estimate of £40,000 after brisk bidding to make £77,000, with rapturous applause for the winning bidder as the hammer went down. 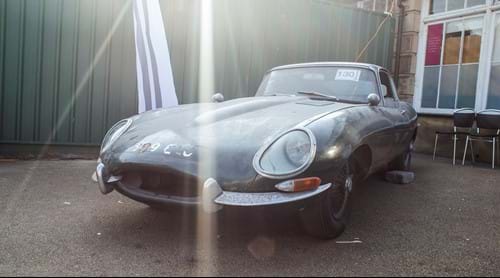 Roger Nowell of the H&H Classics sales team was the lucky man to discover this gem sitting quietly in its garage where it has been parked for the past 35 years! “The joy of this job is that now and then you stumble across a car that you just know is going to excite other car lovers as much as it excites you. This E-Type is such an iconic symbol of its time and our motoring history. It was utterly revolutionary in its day and had a massive influence on the automotive industry.” 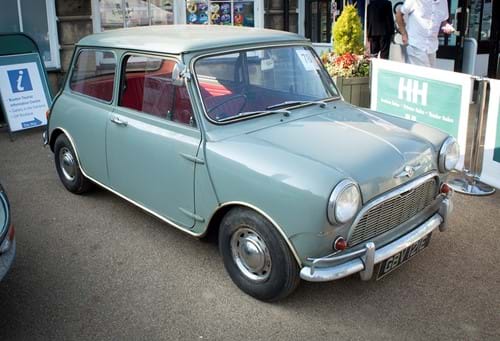 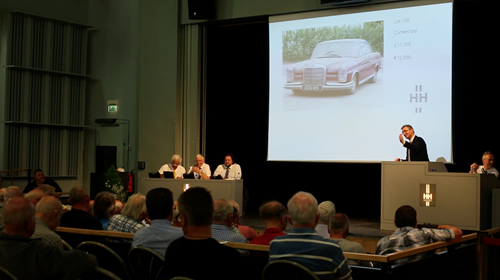 Introduced in mid 1959, the Mercedes-Benz W111 series was a natural progression from the 220 Pontoon. The new models were bigger inside and out and sported a greater abundance of brightwork; not to mention the finned rear wings which spawned the model's 'fintail' nickname. In addition to the four-door Saloon, the range comprised an elegant two-door Cabriolet and Coupe. The cars were very well appointed inside, being adorned with Mercedes textured leather and wood trimmings. The vehicle went up in £100 increments all the way from £4,000 right up into the £12,000 region, with bidders in the room, online and on the telephone all chipping away until finally selling away - again met with rapturous applause, a theatrical and warming spectacle.