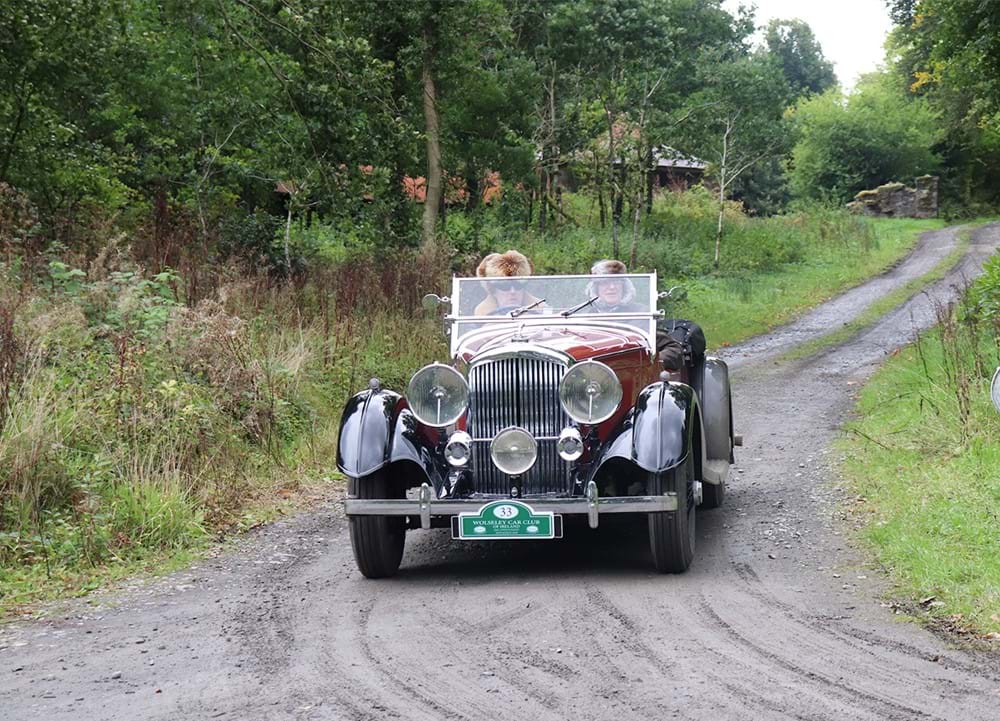 "On the 12th September I set off for Holyhead / Dublin ferry to join up with the very well established Wolseley Rally - a great Irish prewar Rally. I’ve been meaning to do it for years, but the dates have never managed to coincide. I took my 1939 MX chassis Bentley 4 1/4 Litre DHC, which performed extremely well as always.

The rally started on the Thursday to the north-west of Dublin and we stayed at the same hotel but visited three very different areas including the coast and the Dundalk area. One of the nice things about the rally was that it always finished at a pub, at a nice time in the afternoon so you could have a catch up with friends and fellow competitors, have a few beers and then head  back to the hotel in time for dinner - eventually.

For the competition itself, my co-pilot was Peter Lynch – a very well known and respected rally driver in Ireland. Between us we managed to not trouble the scorers too much, but did not get lost although maybe we were occasionally ‘temporarily uncertain of our position’ but had a really good time along the way getting to know each other.

We stopped at Slane Castle, where I managed to increase my collection of whiskeys with a very nice blended addition they’ve just started to produce. There were also plenty of beautiful houses and castles along the way to say nothing of the stunning mausoleum photographed here.

The camaraderie is the key and Philippa and Andrew put on a marvellous show, along with all their friends and helpers that, without whom, the event would not be the event it is.

I wish them every success for the future, and I for one will certainly be back if they’ll have me."