The wheels of Prince Charles and the other Diana 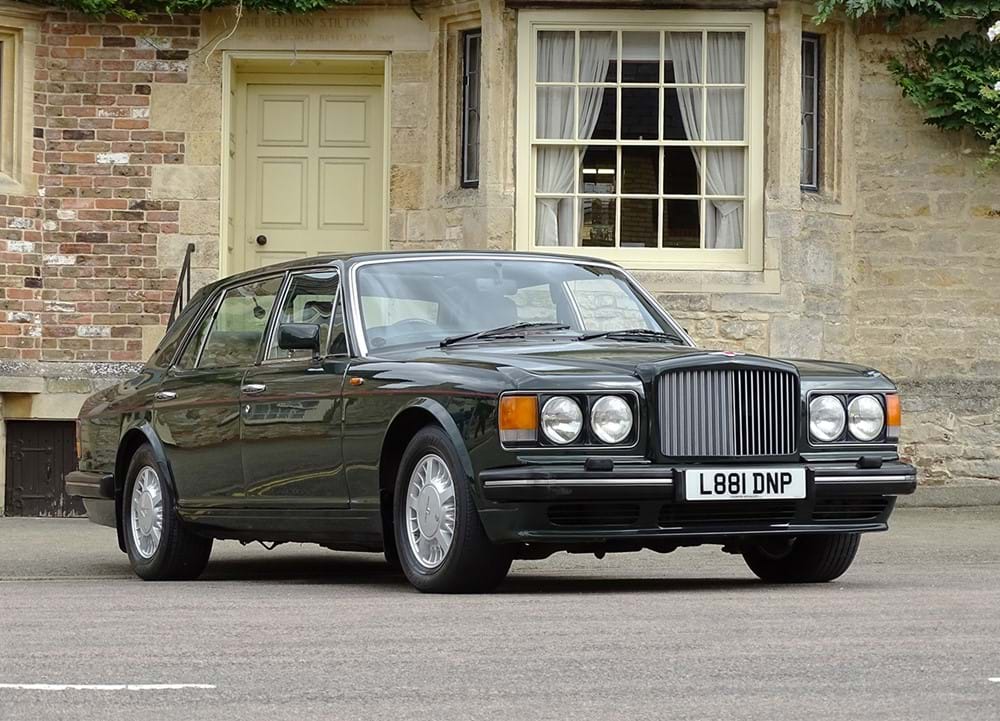 If you are the lucky bidder on one of these two lots come October 17th at the H&H Classics Auction at IWM Duxford you will have a car with a fascinating provenance that will be the subject of much discussion for years to come.

James McWilliam of H&H Classics Sales team says: “Both of these cars come trailing interest and intrigue. One can only wonder who sat on these seats beside the famous owners, where they went and what the conversations might have been? Prince Charles and Princess Diana married in July 1981, separated in 1992, and divorced in 1996. So this Bentley would have been owned by Prince Charles during the time that his life was moving into a new phase, post Diana.”

There is more to this long wheelbase Bentley Turbo R than meets the eye, as it was built to the special order of His Royal Highness The Prince of Wales. It is finished in the pleasing combination of Brewster Green bodywork and mushroom-coloured hide interior trim.

Since departing the Royal household, 'L881 DNP' has had two further keepers. The Bentley was serviced as recently as June this year, and comes complete with extensive maintenance history, original handbooks and service books, large collection of invoices and an MOT valid into July of next year.

By far the most interesting accompanying item, however, is the car's official order that spells out the uniqueness of the royal fleet. Included under the heading of 'Alternatives to Standard and Optional Extras' are such instructions as: 'supply and fit blue lamp'; 'rear seat cushion to be lowered as much as possible, fixed sunroof, front head rests to be easily removable and rear reading lights. One can only wonder about some of these requirements which only adds to the intrigue. The dropped seats of course provide a modicum of privacy.

This beautiful car was formerly the property of actress, singer and sex symbol Diana Dors. It is estimated to sell for £30,000 - £35,000.

This right-hand drive Cloud II hails from 1960 and is finished in White with Red leather upholstery and displays a credible but unwarranted 60,200 miles. Having previously been owned by the actress, singer and sex symbol Diana Dors whose association with Rolls-Royce dated back to 1952 when they leased her a car at the age of just twenty (receiving a slew of newspaper headlines in return), the Silver Cloud II is understood to have resided in America for several years.

It has been the subject of much past restoration work and is offered for sale with handbook, old invoices and MOT certificate valid into Dec 2018

Rolls-Royce launched the Silver Cloud in April 1955, based on a completely new closed box section frame that was reputedly 50 percent stiffer than that of the outgoing Silver Dawn. The distinguished-looking standard body was penned by in-house designer John Polwhele Blatchley. The car was powered by an alloy-headed, straight-six engine of 4887cc that delivered some 155bhp at 4,000 rpm.

This was matched with a four-speed automatic transmission. Braking was by servo-assisted 11-inch drums all round. The Silver Cloud II unveiled in 1959 brought a redesigned ventilation system and standardised power steering. The biggest change, however, was the replacement of the 4.9-litre six-cylinder engine with an all-alloy 6.2-litre V8 unit. The unquoted output was sufficient to whisk the newcomer to 60mph in under 11 seconds and on to a top speed of 112mph. A total of 2,717 Cloud IIs were built between 1959 and 1962.

Diana Dors had no fewer than 56 film credits to her name. Some of these include: