The Indecision. Magazine and motorshow hit, revamped and now on sale in our 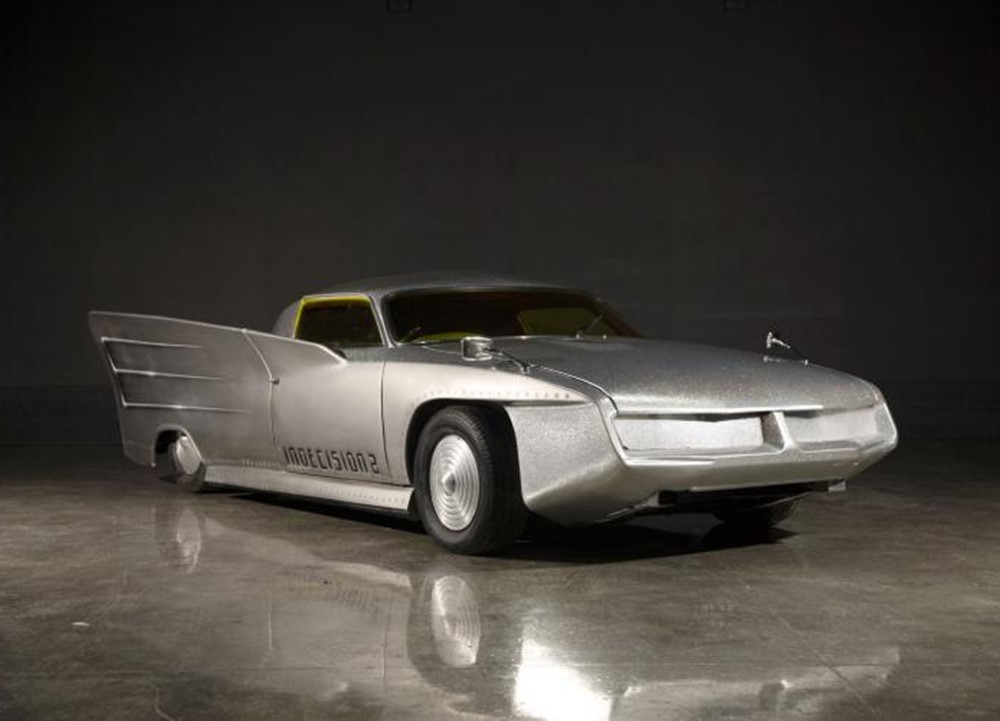 Built in 1984 by Andy Saunders. This car was constructed entirely in steel and hand rolled. Welded to a steel frame and when first completed was finished in white pearl with base white graphics winning Best in show at the Devillbiss Show that year.

The base vehicle was a 1976 Citroen CX Pallas which received space age styling from inspiration taken from the wild prototype & custom vehicles of the late 70's and early 80's.

Current ownership since 2006 with documented history.

The Indecision was given a 'more modern' twist when relaunched at Goodwood. It was painted satin silver and silver flake with detailing by Melliard. The interior stayed the same, Ox Blood with the white piped swivel seats and the heart shaped double bed in the rear.

With its huge wings and sloping roofline, Indecision might look like 'Space Age' but is, in fact, a Citroen CX. Andy let his imagination run wild with this eye-catching project early in his custom car career and its daring bodywork was a massive challenge to build.

Adding to the futuristic look of the Citroen's original self-levelling suspension, which makes the car appear to float along the road. An added touch of luxury is the red heart-shaped bed that Andy fitted inside its tapering tail. Indecision was in a private car collection near London for many years but was ruined by a river bursting its banks and filling the car up to the windows with filthy water. Andy refreshed it in 2004 with the currect silver colour scheme for display in Style et Lux concours. Indecision is now in another private collection.Base Vehicle: 1976 Citroen CX 2200
Engine: 2175cc Citroen 4-cylinder
Suspension: Citroen hydropneumatic self-levelling
Interior: Half-rim steering wheel, swivel seats, hear-shaped bed Classic Car Auction Online will be held on Wednesday 4th December.