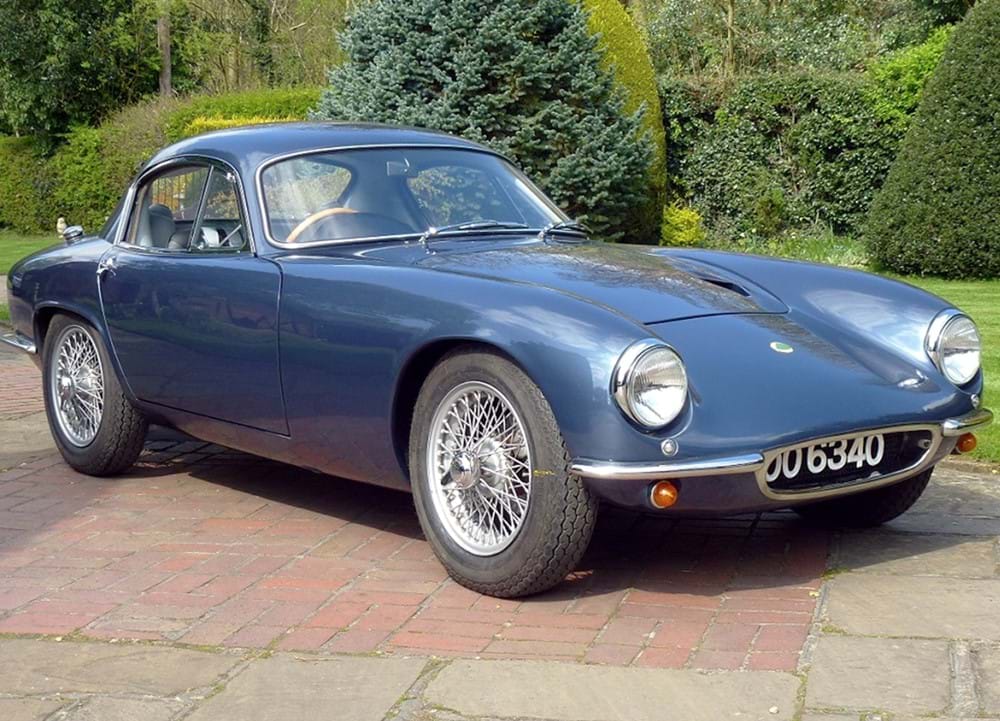 For Sale with H&H Classics at IWM Duxford in July

This lovely example of a racing Lotus Elite registration no. OO 6340, supplied new to Gilby Engineering and raced by Keith Greene will be sold by H&H Classics at Duxford Imperial War Museum on July 26 for an estimated £75,000 to £90,000.

Currently owned by a renowned Lotus enthusiast and collector, the car has undergone a recent and comprehensive restoration by Mk14 Components, with a blue body and a black interior. It has a five-speed Ford Type 9 gearbox.

Completed in 2014, it was purchased by the vendor directly from Mk14 Components Ltd. The car has an invitation to the 60th anniversary celebrations at Castle Combe in May, it will afterwards be featured in Classic & Sportscar magazine. A fully restored example with period race history, 1471 ticks all the right boxes and should appeal to Lotus collectors everywhere.

“We are delighted to have the opportunity to offer this classic Lotus which not only benefits from period racing history but has also been subject to a meticulous restoration resulting in an extremely useable road car. In my opinion the Type 14 Elite is one of the most beautiful and accessible of Colin Chapman’s early creations”

In May 1960, Autocar Magasine said about the Lotus Elite: "The road manners of the Elite come as near to those of a racing car as the ordinary motorist would ever experience."

Unveiled at the 1957 London Motor Show, the Elite (Type 14) was not only Colin Chapman's first production road car but also the world's first fibreglass monocoque (a contributory factor to its reputed 684kg kerb weight).

Perhaps influenced by the FIA's recently introduced 1300cc GT racing class, the newcomer's specification included F2-derived all-round independent suspension and four-wheel disc brakes (inboard at the rear). Powered by a Coventry-Climax SOHC four-cylinder engine mated to four-speed manual transmission, its amazing 0.29 cd allowed all but the basic variant to claim a top speed of over 120mph.

The work of Peter Kirwin-Taylor, aerodynamicist Frank Costin and John Frayling, the coupe's super sleek silhouette is still considered a masterpiece. Unsurprisingly, given its radical design (and Chapman's budget constraints), the first running prototype did not emerge until May 10th 1958.

Driven straight to Silverstone by Ian Walker, it promptly won a production sports car race against 1600cc opposition. As successful abroad as on British circuits the Elite won its class at Le Mans every year from 1959-1964.

Although, the contract to manufacture the Type 14's innovative GRP monocoque was initially entrusted to Maximar boatbuilders, it was transferred after 280 or so units to the Bristol Aircraft company. Coinciding with revisions to the rear suspension layout, an improved interior and increased engine power, this switch heralded the emergence of the Series Two in mid-1960.

This car, being sold by H&H Classics, Chassis 1471, is a Bristol bodied car, delivered new in January 1961 to Formula One team Gilby Engineering for Keith Greene to compete in sports car events and, we understand, was fully prepared for racing by Lotus themselves.

Conversations with Keith Greene confirmed its competition life was a brief one due to teething problems and the weakness of the early suspension pick up points. The car was returned to the factory for this to be rectified.

The car was then sold on, retaining its race engine and long range tanks, before being registered as a road car in December 1961. At this time, it retained the full race bottom end, initially with an MG gearbox fitted, before the original ZF unit was purchased from Gilby and reinstalled. It then changed hands in 1964 and again in 1965 before being put into long term storage around 1966 by the then owner who always intended to recommission the car. Work commitments prevented this and it was acquired by the previous owner from him in 2006.

The original engine and ZF gearbox having disappeared over the years, a full restoration was finally commenced. The chassis body unit was repaired and painted in metallic blue, a new sub frame fitted, whilst the FWE Climax engine was completed to a high standard with a steel crank, lightened flywheel and forged pistons.

It was also converted to accept unleaded fuel. Running on twin 40 DCOE Webers, power output was recorded as a healthy 105bhp. Cooling is provided by an all alloy radiator with an 11” electric fan. A Ford Type 9 five-speed gearbox was also fitted. With similar ratios to those found in the ZF unit and a fifth gear, the car is capably relaxed and quite at home in modern traffic conditions.

Other modifications include rose joints on the rear suspension, a 50 amp Dynator in place of the original dynamo and retrimming of the seats and door cards in black leather.