Is this the most beautiful Jaguar design ever?

There are some cars that just speak to the heart if you are British and a car enthusiast and this white 1953 Jaguar XK120 is certainly among those. Many who know what they are on about consider it the greatest car Jaguar ever designed. It was converted from a fixed-head coupe to an open two- seater and restored in the early 1990s.

Proof that it is a much-loved car comes with the logbook which shows that it has been in its current family ownership since 1968, some six decades.

This example of the marque is a UK home market special equipment version. It has matching chassis and engine numbers. 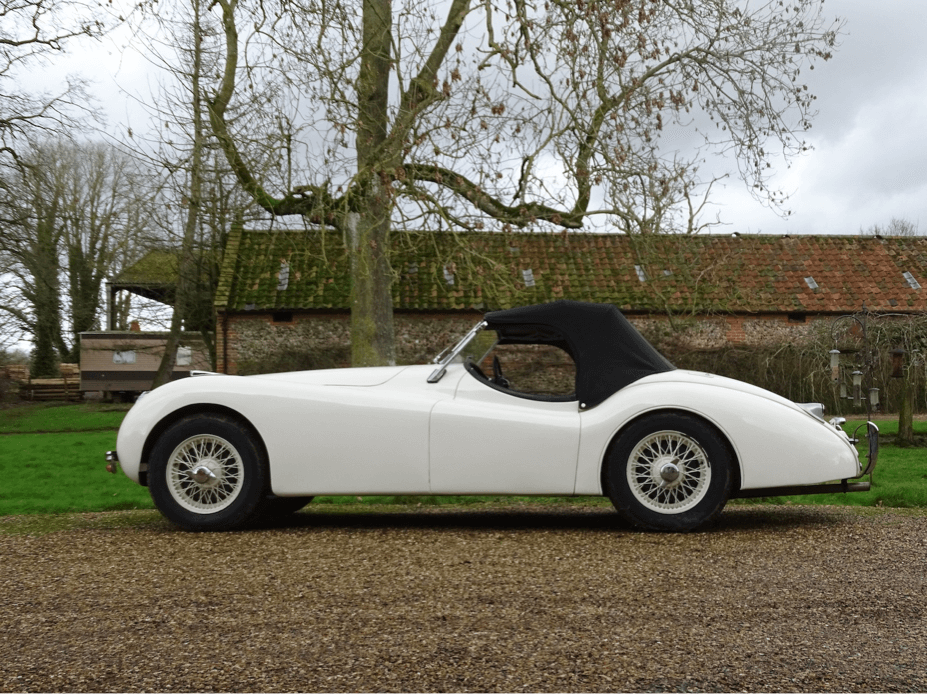 James McWilliam of H&H Classics, who sourced the car, says: “Whoever buys this stunning Jaguar will know that they own one of the best survivors of its kind and a classic part of British automotive history.”

It is no exaggeration to say that this Jaguar was a game changer in the automotive world.

It was launched at the 1948 Earls Court Motor Show as the world's fastest production car, powered by an all-new twin-overhead camshaft straight-six that would power Jaguars well into the 1980s. And its speed? The clue lies in the 120 in its name. It could reach 120mph, in an era when the average family car would struggle to top 70.

But the XK120 was not just about its maximum speed. It was a great all-rounder offered at a relatively low price. Unlike the Italian supercars it could outdrive, the Jaguar was within reach of middle market buyers.