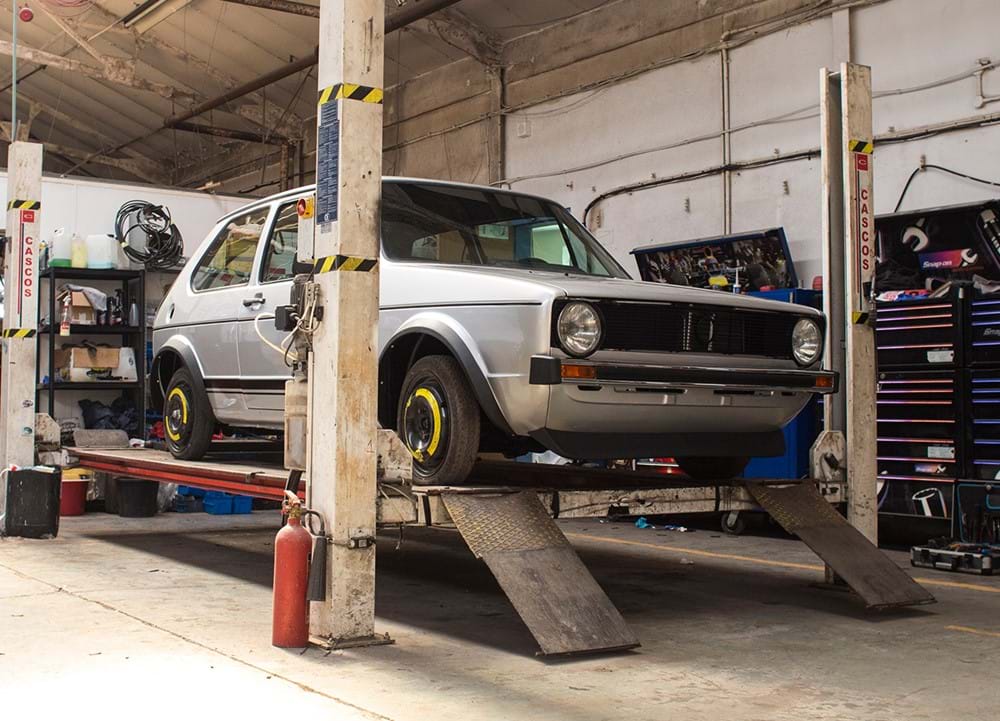 A 1978 Golf GTI was one of 22 special order cars that VW brought to the UK to promote the forthcoming launch of the GTI the following year goes to auction with H&H Classics at RAC Woodcote Park sale on June 5th.

This ‘pathfinder’ car which led the way in the charge that took and held the ground for hot hatches for years, is the last known remaining one, making it one of the earliest in the UK It has just undergone a complete restoration to original spec, adding hugely to its attractiveness to buyers of such a classic. Guide price from H&H is £28,000-32,000. Some Golf!

Successor to Volkswagen's iconic Beetle the first generation Golf debuted in Europe in May 1974 with styling by Giorgetto Giugiaro’s ItalDesign.

By the early 1970s, Volkswagen had fallen into financial difficulties and Beetle sales began to decline sharply. Replacing the Beetle was vital for the company's continued survival.

Volkswagen initially built the GTI only for the home market of West Germany but launched it onto the British market in 1977 as special order only in left-hand drive form, with a factory right-hand drive version finally becoming available in July 1979 priced at £4,705 as demand and competition increased. The standard Golf had been on sale in Britain in right-hand drive form since late 1974.

Roger Nowell of H&H Classics, comments:”This is a beautifully presented version of the Golf GTI and part of automotive history. It represented fun and performance at an affordable price. It goes to show what happens to investment value when a car is much loved and breaks new ground.”