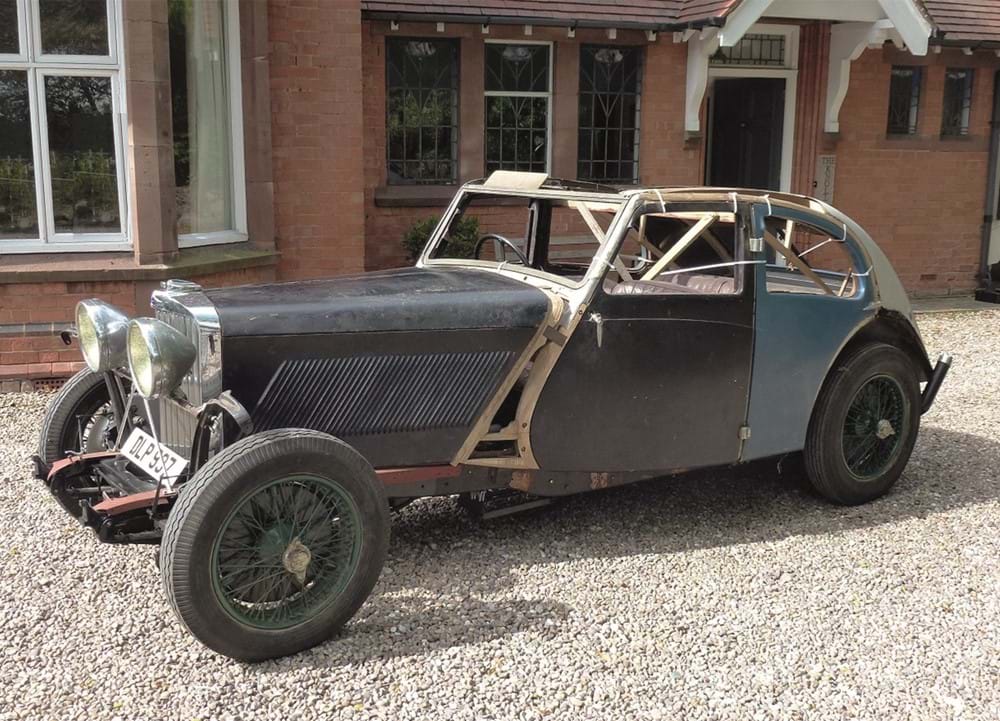 A very rare 1937 Talbot BI 105 Airline Saloon which appears to be substantially completed but is in need of restoration has been estimated to fetch £20,000 - £30,000 when it goes under the hammer with H&H Classics at Duxford, Imperial War Museum on November 15th.

Best described as a stalled project with much work completed in the 1980s, this potentially stunning car will be standing just to one side of the runway at Duxford, most appropriately, given its Airline name, when H&H hold its next classic car sale.

Georges Roesch designed a spectacular version of the esteemed Talbot 105 for his personal use at the beginning of the 1930s. By 1934 Talbot was in financial difficulties and became part of the Rootes Group. Roesch’s design became the Airline Saloon and took its place in the Talbot range. The 3-litre engine gave a good performance and the beautiful art deco styling drew much admiration. As the Talbot parts were gradually used up parts from the Rootes Group parts bin took over.

The sale car’s engine was overhauled by renowned specialists Arthur Archer around 30 years ago and a lot of rechroming done too, but there is work remaining. It is believed to come with most parts to finish the job.

“This fascinating project has been in the current ownership for the past eight years following its acquisition from Birmingham coachbuilder Jack Castle. The vendor has now reluctantly decided that family commitments will prevent him from lavishing the time and attention required to restore the car.”

“We are informed that much work was carried out in the 1980s including an engine overhaul by Arthur Archer (never run since and free) and a refurbishment of the pre-selector gearbox. The suspension and braking system were also attended to, whilst much of the brightwork has been replated. The vendor believes almost all parts needed accompany the car together with a Swansea V5C, two old buff logbooks and a history file containing two original handbooks and information from Archers. One of just a tiny handful of survivors, DLP 937 represents a rare opportunity for the discerning Talbot enthusiast.”

Unveiled at the October 1935 London Motor Show, the BI 105 was arguably the last 105 variant to remain true to designer Georges Roesch's engineering principles. Notably rigid and low-slung, the newcomer's chassis was reinforced by the use of a massive tubular cruciform brace and additional perforated channel sections to the inner face of its main side members.

Equipped with all-round semi-elliptic leaf-spring suspension, Luvax adjustable dampers and large-diameter drum brakes, the BI 105 was powered by a free-revving 3-litre straight-six engine allied to Wilson pre-selector transmission. A rival to models from Alvis, Bentley and Lagonda, just 97 BI 105s are thought to have been made.