For sale with H&H Classics Motorcycle Auction on October 27th

Mike Davis of H&H Classics says: “These bikes are incredibly collectable and they continue to rise in value. The strength of the vintage motorcycle market has been growing year on year, and does not seem to have been hindered by the current economic slow down.” He believes the future will see more record-breaking prices posted.

Our sale at the NMM on October 27 represents a unique opportunity to acquire a most original and genuine ‘Superbike’ from the pre-war era that can still provide an exhilarating ride or grace any serious collector's stable.”

The machine has all its correct numbers, frame, engine, and gearbox as per the machine card and confirmed by the BSOC.

Its early history is unknown but it was purchased by BSOC member Mike Holben in the 1950s, and formally owned by Titch Allen.

It is offered in very good order and the previous restoration is holding up extremely well. A copy of the works record card is on file with various paperworks, V5c, and a continuation RF60 logbook from 1968. This very SS100 was used in a programme called Moto GP Live when the new Brough Superior was launched.

The second Brough in this sale is the lovely 1928 Brough Superior 680 was first registered on the 16th of June 1928 to Mr. G W Sheppard. HE then sold it in 1934 to A Mr. Skinner of Harrogate. Mr. Skinner sold the Brough some 29 years later to Mr. Nixon of Wakefield, it was then sold to Mr. Harland of Dewsbury in 1978. A short time later Mr. Harland sold the Brough to a long-time Brough enthusiast Mr. Bennett in 1985.

The BSOC states that this machine still retains its original frame, engine, and gearbox. 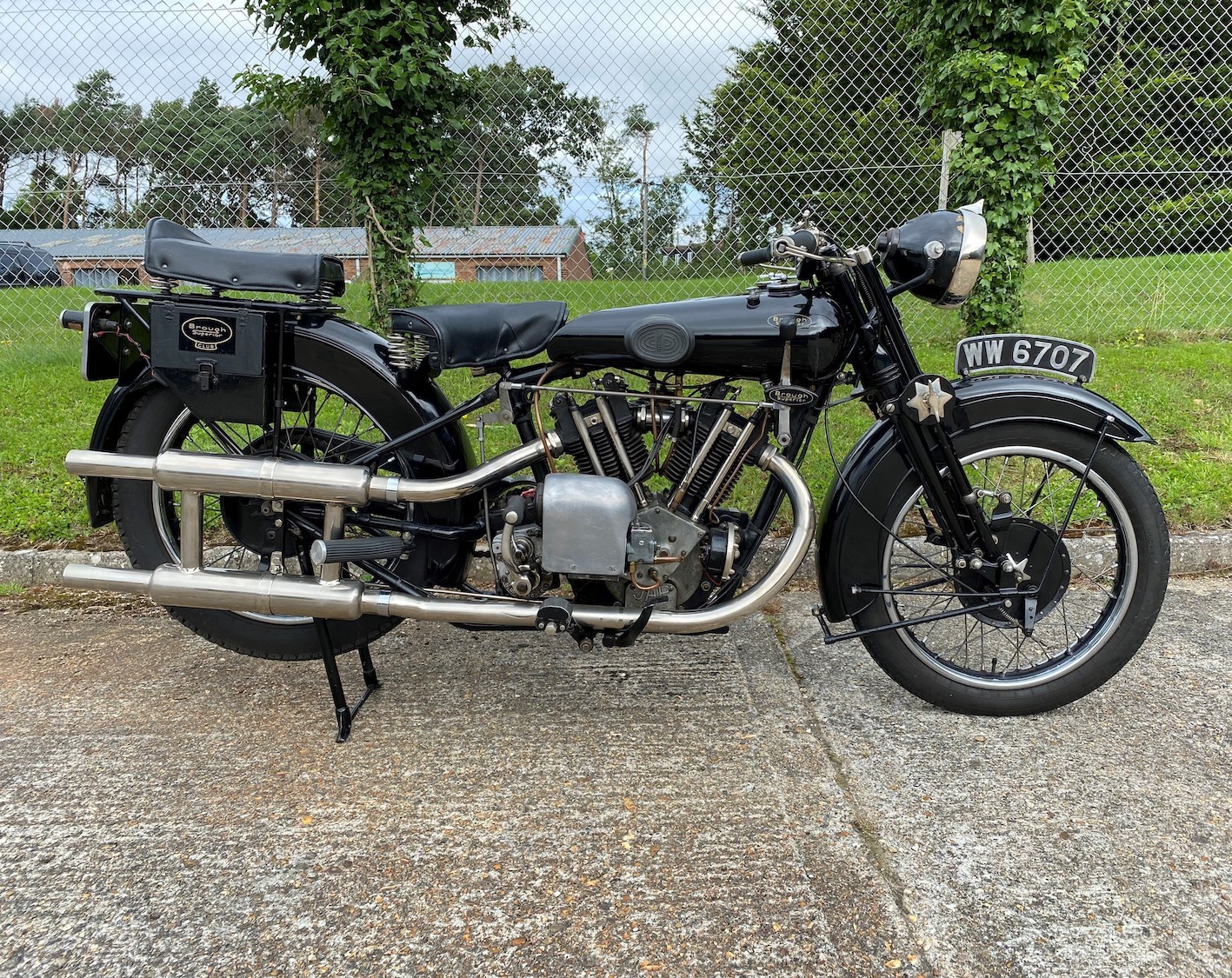 The 680 has resided most of its life in the Yorkshire area. Restored in the late 1990s to a high standard, it has been used on many rallies and BSOC events since.

In good order it has formed part of a collection and comes complete with a copy of its works record card V5c, continuation RF60 logbook from 1963.