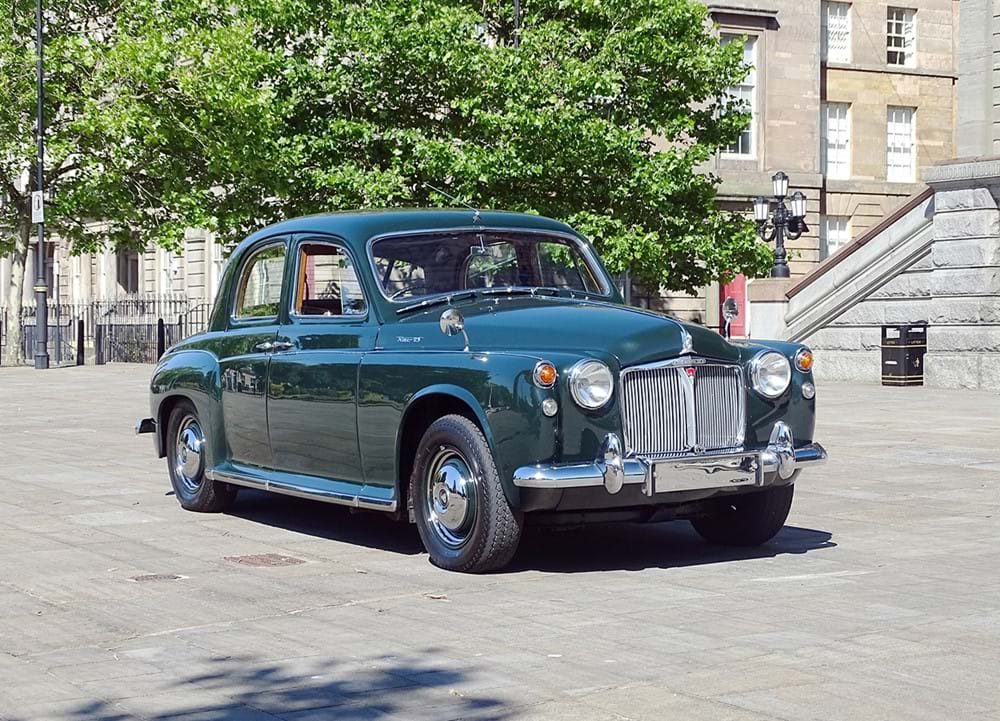 For some car enthusiasts only the best is good enough and when you truly love a car and its former owner money is no object.

The car represents the final flowering of the Rover P4 range, the 95 and 110 models were introduced in 1962. The more popular of the two, the Rover 95 was based around a sturdy box-section chassis equipped with independent coil and wishbone front suspension, a Panhard rod located 'live' rear axle and hydraulic disc / drum brakes. Boasting a seven-bearing crankshaft, its smooth 2625cc oise straight-six engine was rated at 102bhp and 140lbft of torque. Allied to a four-speed manual gearbox and powering the rear wheels via a 3.9:1 final drive ratio, it reputedly endowed the dignified-looking saloon with a 93mph top speed. Exchanging its aluminium bonnet, boot and door skins for less dent-prone steel ones during 1964, the Rover 95 was phased out of production in May of that year (though, not before some 3,680 had been sold).

One of just 268 surviving Rover 95 cars currently known to the DVLA, chassis 76001071A must be unique among its siblings. Supplied new to the insurance firm Griffiths & Armour of Liverpool on 8th April 1963, it was bought some twenty-three years later by Brian Griffiths (whose father Kenneth had been one of the founding partners). The younger Mr Griffiths entrusted the Rover to Specialised Automotive Services of Clitheroe in 2002-2003 for an extensive 'bare metal, chassis up' restoration.

Bills on file for the work and subsequent fine tuning / fettling total in excess of £120,000! (though, the cost would be considerably more in 2018 given the increase in labour rates). Some £2,500 was spent on parts for the engine (and its ancillaries) alone, while the interior re-trim in Tan leather cost £2,680.77. As well as having attention paid to its electrics, brakes, suspension, clutch and clock, the 95 benefited from the addition of overdrive, cruise control and ZF power steering. Still highly impressive some fifteen years and 25,000 miles after its rejuvenation was completed, this amazing P4 remained in Mr Griffiths' care until 2016 and is worthy of close inspection.