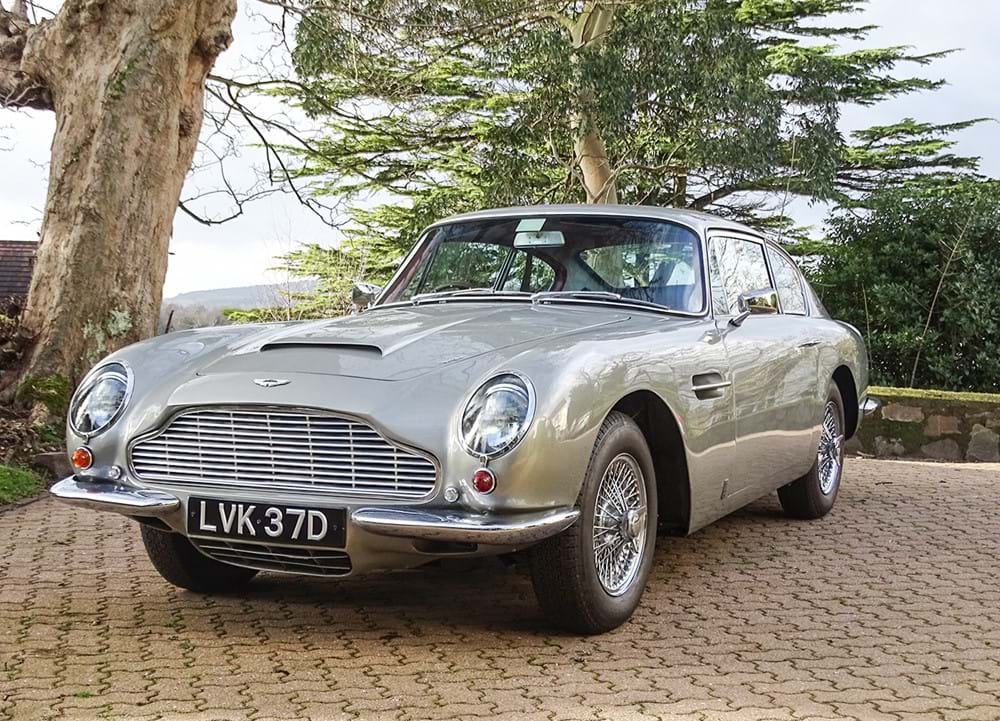 Finished in Silver Birch, the same livery as James Bond’s iconic DB5, the four-seater grand tourer is understood to have covered just 81,000 miles from new. It was “put out to grass” albeit in a warm heated garage in 1979 and has been tenderly looked after for all of those 39 years by its owner a veterinarian.

The car has matching chassis and engine numbers, and the preferred ZF five-speed manual gearbox. Taken off the road in 1979 and reupholstered by Chisholm to include headlining, door cards, carpets and boot it was treated to a bare metal repaint some six years ago plus new windscreen, unleaded cylinder head conversion (Aston Engineering), fresh tyres and electronic ignition.

The Aston is owned by a retired vet living in Wales. He was born in the village of Glamis in Scotland where his father, the village bobby was one of two policemen detailed to look after security when the Royals were in residence at Glamis Castle.

His working life as a vet made him familiar with heavy horses, cows and pigs but at 17 he’d fallen in love with a locally owned Alvis Silver Eagle which ignited his passion for serious horsepower. Years later when he bought the DB6 he and his wife used it as a family car, towing a boat behind it and taking their lads to rugby practice in it.

He says he liked to open it up now and then and on one occasion on the A449 out of Newport was overtaken by a Triumph 2.5 whose driver later waved him over. It was a plain-clothes policeman who asked: “How fast do you think you were going when I overtook you.”   He replied: “Around 84mph?” The copper smiled and said: “Don’t do that again!” and the vet was allowed to proceed. There are benefits to classic car ownership!

This will be the second Aston Martin DB6 that H&H Classics have sold for this client. Some years ago the company achieved a price of £200,000 for a yellow version of the car.

Damian Jones, Head of Sales for H&H Classics says of this car: “Few marques inspire as much loyalty and admiration as Aston Martin. Even so it is highly unusual to encounter a DB6 that has been in single ownership for forty-six years. It would be nice if the car’s next custodian proves to be as devoted as its current owner”.