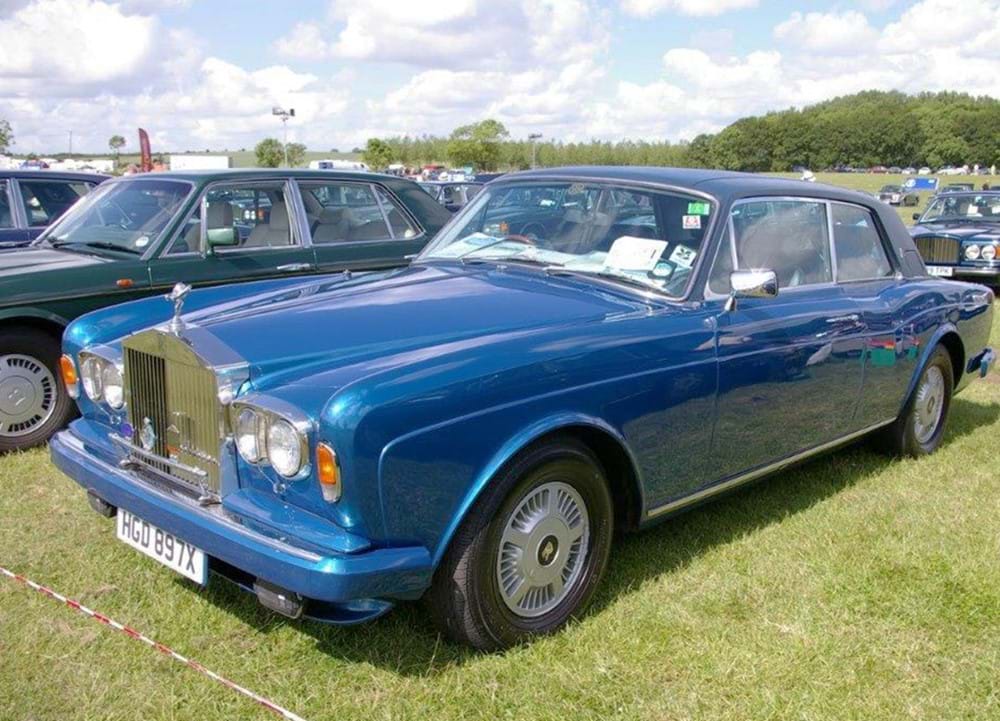 H&H Classics will be selling two celebrity and VIP linked Rolls-Royces, appropriately the choice of the rich and famous for a century at their next auction at the Imperial War Museum Duxford on March 21.

The Rolls-Royce, a 1982 Corniche estimated to sell for £28,000 to £32,000, was one owned by film actor Kenny Baker, R2-D2 of Star Wars fame. Kenneth George Baker  (1934 – 2016) was an English actor and musician best remembered for portraying the character R2-D2 in the StarWars science fiction movie franchise.

This fictional robot character created by George Lucas was a small astromech droid, R2-D2 is a major character and appears in all 8 Star Wars films to date. Throughout the course of the films, R2 is a friend to Padmé Amidala, Anakin Skywalker, Leia Organa, Luke Skywalker, and Obi-Wan Kenobi in various points in the saga.

Damian Jones, Head of Sales at H&H Classics,- says: “Besides being a fine example of the marque, this car will appeal to anyone who loved the Star Wars series in which Kenny Baker’s character R2-D2 was a much loved part.”

The 1929 Rolls-Royce 20hp Coupe was purchased from renowned marque specialists The Real Car Co in 2014 and since treated to a full rewire, repaint, new headlining, fresh carpets, stainless steel exhaust, much rechroming and new tyres.

The car comes with its original buff logbook and factory-fitted engine, and will reportedly cruise at 55mph thanks to Ristes-supplied overdrive.

It was supplied new to first owner Arthur Donn Esq with Victor Broom Saloon coachwork but apparently rebodied by Barker as a Fixed Head Coupe during 1931 (whilst still in Donn's ownership). It was subsequently the property of William Robert Bunbury, 4th Baron Rathdonnell M.C. from 1937-1959.