Rolls-Royce owned by Peter Vernon-Kell & Roger Daltrey [The Who] 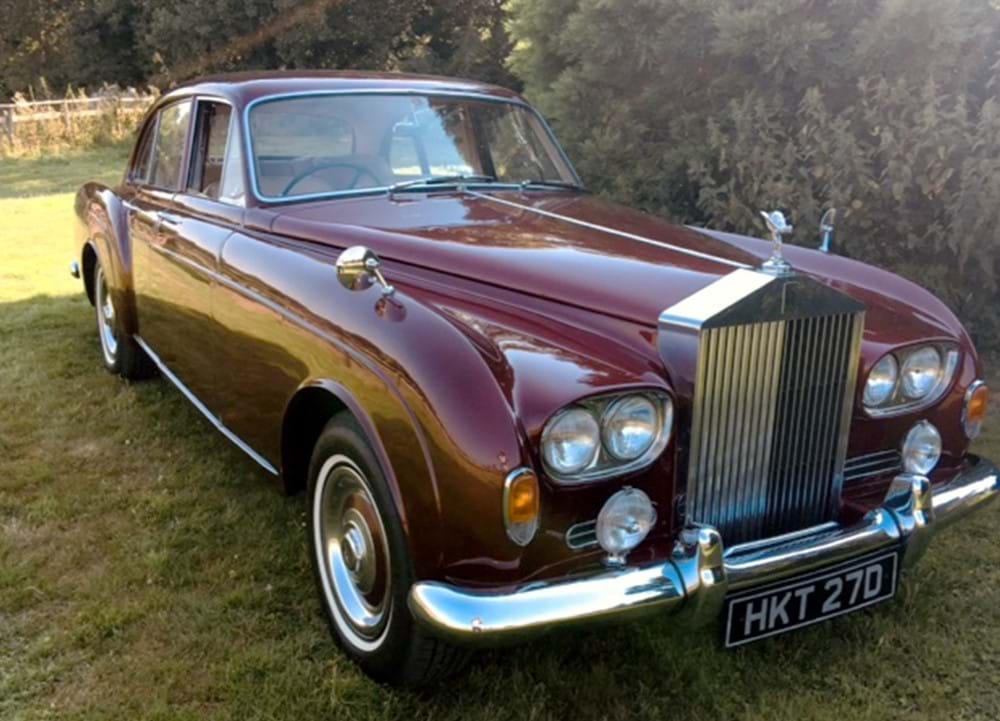 ROLLS-ROYCE AND ROCK ROYALTY COMBINED IN ONE CAR

The car comes trailing a fascinating history of former owners including one of the richest men in Britain at the time, Wensley Haydon-Baillie and also one of the country’s best known musicians, Roger Daltrey.

This classically elegant Rolls-Royce Silver Cloud III ‘Flying Spur’ has an astonishing musical history, linked as it was to two musicians who were part of the famous band The Who. It is just one of 35 RHD Silver Cloud III Sports Saloons to wear this style of ‘Flying Spur’ coachwork by Mulliner Park Ward, design No.2042. One could say it is Rolls-Royce royalty. Interestingly, Keith Richards of the Rolling Stones owned the Bentley equivalent which he christened ‘Blue Lena’.

Peter Vernon-Kell sold the car to Roger Daltry in the early seventies and Roger kept it for around five years. Roger was and still is a close friend and P V-K was part of the ‘WHO’ when they first started out.

There is a picture on file of the car while still owned by Peter Vernon-Kell before it had a Cherished  number plate.

The Who adapted to the constantly evolving '60s music scene by expanding their scope and sound. They just did it better than almost everyone else, combining Pete Townsend’s guitar-powered teen-angst anthems with covers of American soul songs, which they turned into guitar-powered anthems. As Townshend, John Entwistle and Keith Moon tightened their instrumental interplay, and Roger Daltrey became one of rock's most powerful singers, it gave Townshend the confidence to undertake even more ambitious projects, like the rock operas 'Tommy' and 'Quadrophenia' and the career-defining 'Who's Next. Top Who songs would include: Magic Bus, My Generation, Pinball Wizard, Quadrophenia, Behind Blue Eyes.

This Rolls-Royce is the penultimate example of just thirty-five RHD chassis bodied by H.J. Mulliner Park Ward to its revered 'Flying Spur' Design Number 2042. It cost the price of four Jaguar E-Type 4.2 Coupes when new or a Ferrari 330GT 2+2 plus three Minis!

It is offered from a private collection and has been the subject of much recent restoration work.

This simply stunning 'Flying Spur' was supplied new by H A Fox and first registered in January 1966 to The Rt Hon R Nivison of Haslemere, Surrey, bearing the registration 'JLB 749D'. Approximately three years later title passed to a Mr R A Duck of Teddington and then Mr John Elliott before being purchased by Mr Wensley Haydon-Baillie. At one stage Haydon-Baillie appeared in the top 50 of the Sunday Times Rich List, had a company specialising in Spitfire restoration, a collection of Rolls-Royces and Bentleys, and was said to dwell in one of Europe's largest residences, boasting some 365 rooms.

By 1995 the Rolls was in the hands of Mr Jozcef Palcso before being acquired by Andras Boras and then the vendor, who has carried out a sympathetic refurbishment over the last few years. At one time it was also the property of The Who's Roger Daltry.

The Silver Cloud II unveiled in 1959 brought a redesigned ventilation system and standardised power steering. The biggest change, however, was the replacement of the six-cylinder engine with an all-alloy 6.2-litre V8 unit. The unquoted output was sufficient to whisk the model to 60mph in under 11 seconds and on to a top speed of 112mph. The final iteration of the Cloud family, the Silver Cloud III, brought the option of rakish Drop Head and Fixed Head Coupes in addition to the standard and coachbuilt-bodied Limousines. The exterior dimensions were subtly altered, the interior remodelled and the weight reduced by some 220 lbs. Engine improvements included replacing the 1.75 inch SU carburettors with 2.0 inch ones and raising the compression ratio to 9:1 in recognition of the improving quality of fuel. The resulting extra performance was reflected in Motor magazine's 1964 test, which returned a time of just 10.1 seconds for the 0-60mph dash and a mean top speed of 114.3mph. The obvious visual change was the adoption of four headlamps. Less noticeable were the slightly increased slope of the bonnet and the shorter (by 1.5 inches) radiator grille. By the time the last chassis had been built, a total of 2,809 Cloud IIIs had entered the automotive world, but only 54 of those carried the distinctive so-called 'Flying Spur' bodywork (to LHD and RHD specification); more officially known as Mulliner Park Ward design No.2042.