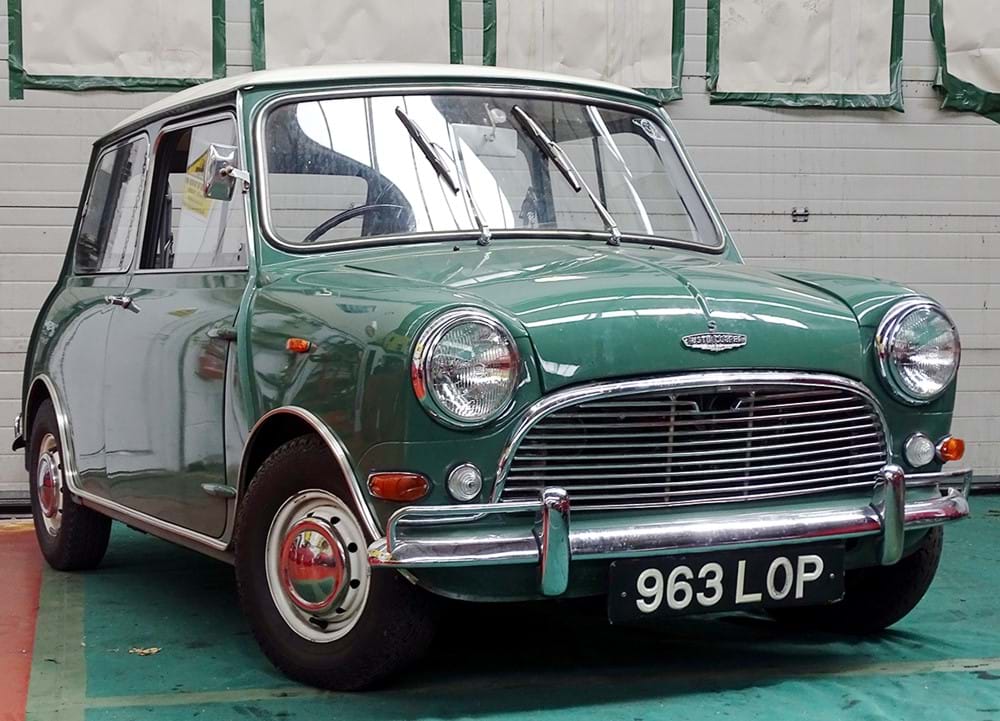 H&H Classics will sell a Mini Cooper S designed to take the golf clubs of Alfred Ernest Marples, Baron Marples, PC a British Conservative politician who served as Postmaster General and Minister of Transport from 1959 to 1964. The H&H sale is at the Imperial War Museum Duxford on July 26th. The car is estimated to sell for £70,000 to £80,000.

While Minister of Transport Marples started the development of the country’s motorway system in which his own company played a major part in the road and bridge building while he ran down the railway system. He evoked intense dislike in the general public……’Marples Must Go’ signs were spray-painted across all the motorway bridges (that his company built)  and the motoring magazines were full of criticism of his policies although at the time people were unaware that he was lining his pockets with public money.

Marples company, Ridgway and Partners, was a Westminster-based civil engineering contractor founded, and majority-owned, by Marples, who was transport minister from 1959 to 1964. In 1975, Marples, who had by then been made a baron, fled the country in rather a hurry, not because of his hushed-up proclivity for prostitutes, his introduction of double yellow lines and traffic wardens, or the conflict of interest in building motorways at the same time as cutting Britain’s rail network (the infamous Beeching cuts were his work) but because of tax evasion. He killed off the railways and promoted, instead, the use of his motorways. As well as commissioning Beeching’s infamous report.

The 1964 Mini he bought was one of three built by the Austin Experimental Department as a hatchback conversion and is the only surviving example.

“This is not just another Mini. It is history on four wheels. Its former owner, Transport Minister Ernest Marples changed the face of Britain with housing, bridges, motorways. He was a very ‘colourful character’ to say the least. It is fascinating that he chose to buy and use this relatively modest car when going golfing or going to France on holiday. If this car could speak what tales might it not tell? It is truly one of a kind.”

The so-called "Marples Mini" the Austin Cooper S three-door prototype (English hatchback) made in 1964 as a unique specimen and subsequently sold to Ernest Marples. Legend has it that Marples said he would only buy one if he was able to carry his golf bags or the wine stock he periodically purchased in France in the back.

This request from the Minister of Transport was difficult to ignore, and so Cooper organized a meeting between Marples and Issigonis, designer of the Mini, to assess the feasibility of the request. Actually, the car already existed: it was a Hatchback prototype that has been produced at the Longbridge Experimental Department of Austin Motor Company.