The bike was originally purchased by the vendor's wife in 1967 as a present for him and was UK registered from new. The bike was used regularly until 1983, then sent for restoration to concourse standard by Bill Healing.

This splendid sale was put together by H&H Classics Head of Motorcycles, Mike Davis, whose selection of rare and historic bikes created huge interest and some very buzzy bidding.

Mike Davis commented: “This is a handsome and very usable veteran machine. Sparkbrook is pioneer registered and has completed the run previously.” 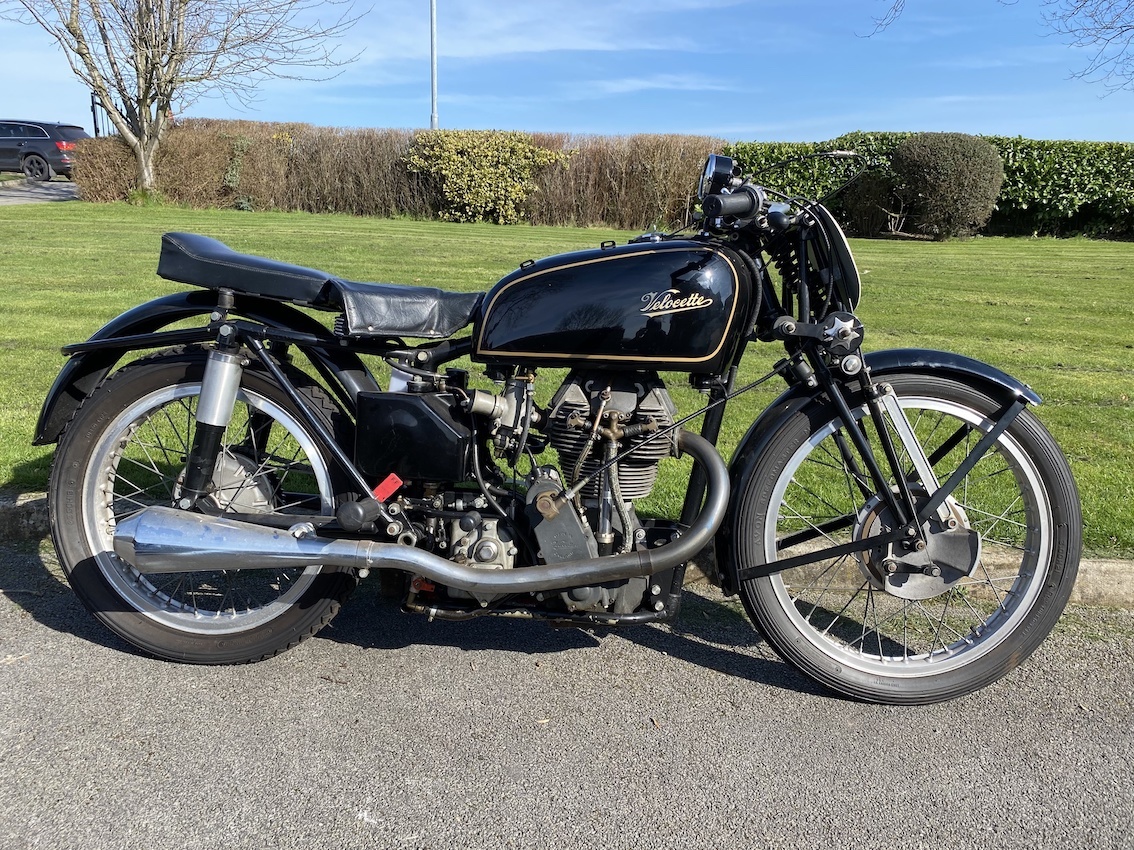 This 1949 Velocette MK8 KTT, one of a handful built by Rod Coleman, sold for £39,100. It is one of Britain’s most iconic and successful racing motorcycles

Purchased from Rod Coleman by Willi Marewski for his private museum and was used for many events around the UK and Europe.

Last used in late 2019 it has been part of a display since. It was described by the vendor as being "in excellent condition and running perfectly"

The Indian Motorcycle Manufacturing Company was founded in Springfield Massachusetts in 1901 and produced bikes up to 1953, at one point being the biggest motorcycle manufacturer in the world. The 101 Scout designed by Charles B Franklin was only produced for 3 years between 1928 and 1931 and was noted for its power and handling. It was popular with both racers and track riders alike becoming the bike of choice for Wall of Death riders, in fact some are still in use today for that very purpose.

This very desirable example was restored by renowned Indian expert Alan Forbes of Edinburgh with most of the work being carried out by Rick Parkington around 2005 in the 'Bobber' style popular in the 1930s. Basically just stripped of its heavy mudguards to create an even lighter sporty look, nothing has been altered on the frame to stop it being put back to standard if so desired. The bike has spent the last few years on display in the vendor's lounge but has been started and run recently.

The next H&H Motorcycle Auction is set to take place on Wednesday 4th August 2021. Get in touch today to consign your Classic Motorbike!