On June 9th with H&H Classics

This lovely 1937 Indian Four 437 has been in its current ownership since 1967 and is estimated to sell for £45,000 - £50,000 and is among the fantastic selection of historic and rare motorcycles for sale with H&H Classics at the National Motorcycle Museum on June 9th.

It was purchased by the vendor's wife in 1967 as a present for him and was UK registered from new. The bike was used regularly until 1983, then sent for restoration to concourse standard by Bill Healing. Restoration completed in 1984 and last road-used in 1995, started regularly until 2018. An overhauled magneto was fitted in 2018. The bike comes complete with V5c and RFO 60 continuation logbook.

This machine was purchased in the late 1930’s by Robert Sexé, a French journalist, traveller and adventurer who travelled extensively and often by motorcycle and was reputed to be the inspiration for the character Tintin. He kept the bike until his death in 1986, when his son sold the bike to renowned Paris collector André Kiéné. André had the bike rebuilt to its former glory and eventually sold it to the current owner in 2005

It has been used on many rallies and VMCC tours until 1995, last run five years ago. It requires light recommissioning before use. It has a current V5c and two RF60 logbooks 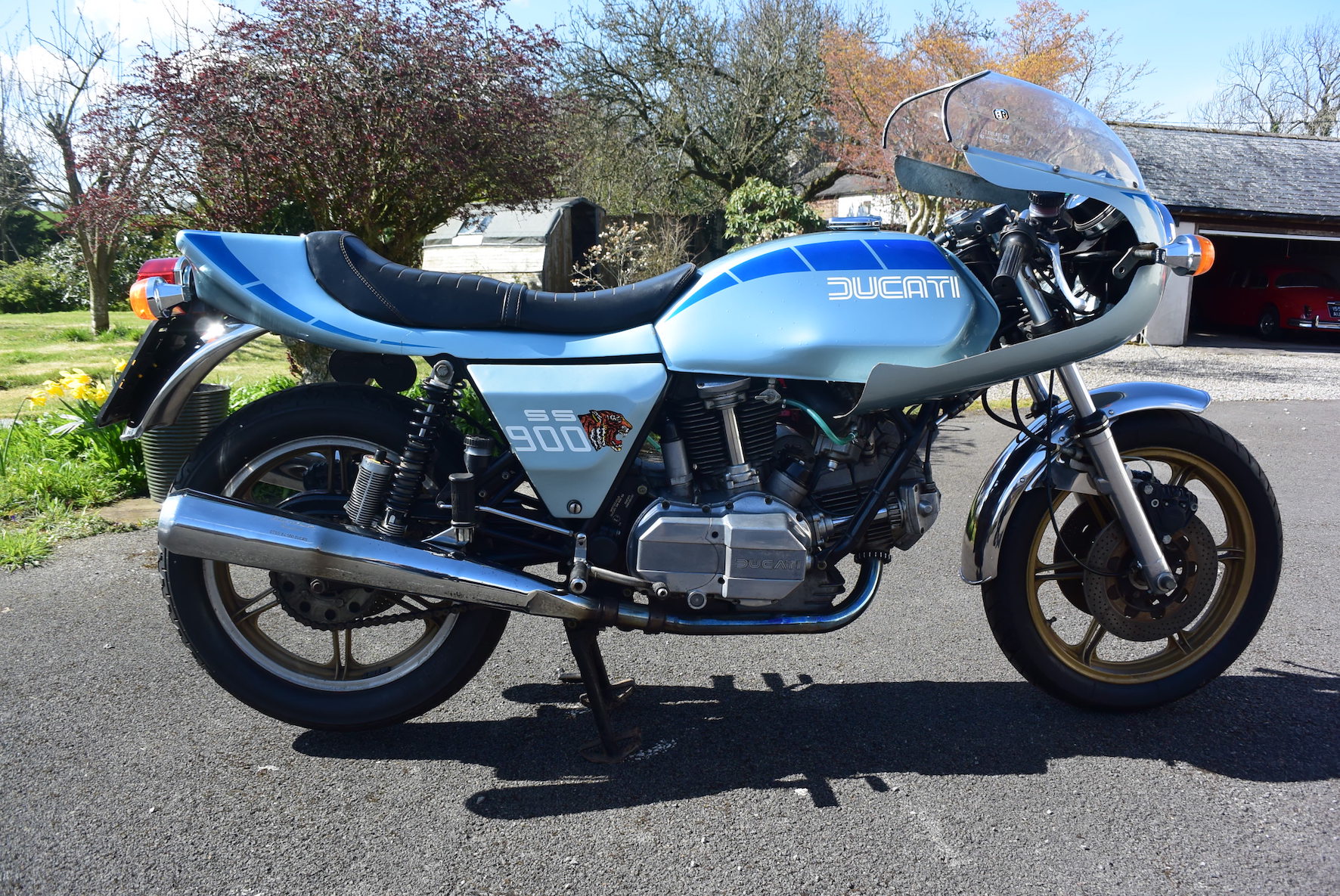 This 1934 Rudge Ulster TT Replica has a 4 valve head with a 1930 engine with race cam and a recent N.O.S barrel and piston. It has has been in same family since 1993

The vendor has known of this Rudge Ulster TT replica since the late 1970s when he came across it in a collection of bikes near where he lived in Surrey belonging to a Mr. Little, who in his younger days had competed in sprints on them. When Mr Little passed away about 5 years later the vendor and his father purchased the disassembled bikes and various spare parts. Racing Rudges with the VMCC in the late eighties they built this particular bike for a fellow club member using a 1934 chassis and a 1930 engine fitted with a N.O.S. barrel and piston, buying it back sometime later in a deal for another bike.