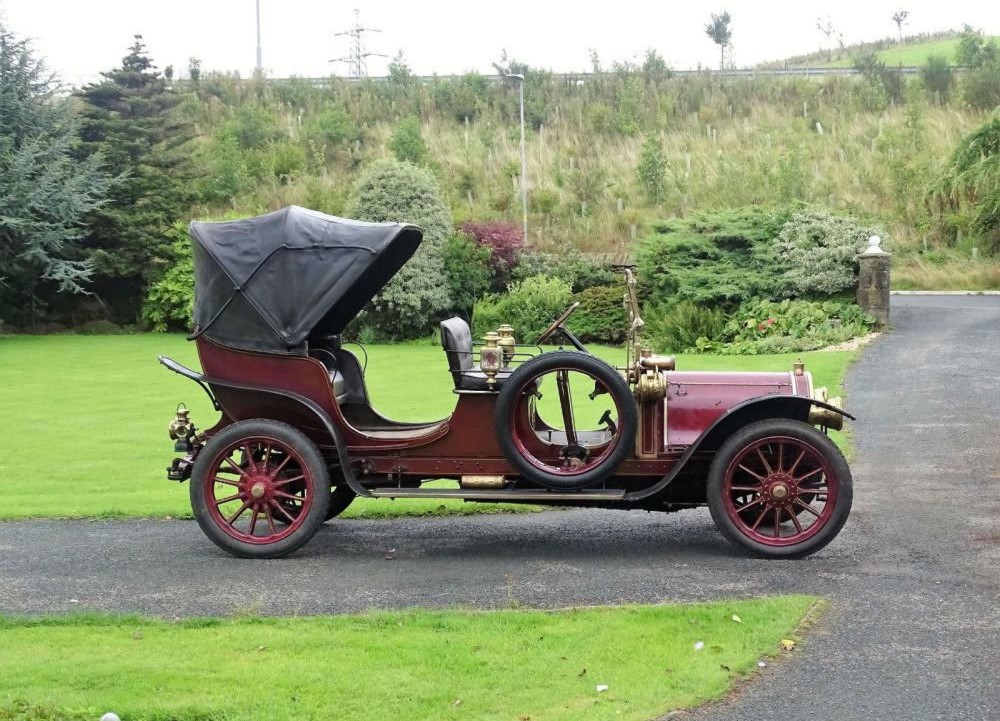 A RARE car once owned by one of the wealthiest heiresses in the world is up for sale next month.
First purchased by heiress Evalyn Walsh McLean, the vehicle is listed is expected to sell for between £90,000 and £120,000. The car is for sale with us at Duxford Imperial War Museum, Cambridgeshire on October 16th. The antique car is an 107-year-old survivor of just 185 Type IA6 chassis’ made and has many of its original features, including numbered floorboards.

It has been in its current ownership for nearly 40 years and was extensively rallied during that time – including a 460-mile trip in 2018. It was originally bodied by Brewster of New York as a Park Phaeton for Evalyn Walsh Mclean, a woman who could afford the best of everything. Damian Jones, of H&H Classics, comments: “Notable as the first French manufacturer to produce a six-cylinder engine, Delaunay Belleville was a genuine rival to Rolls-Royce in period. It has a wonderful patina, and is a highly usable and imposing Edwardian motorcar.” Evalyn Walsh McLean was an American mining heiress and socialite who was famous for being the last private owner of the world famous 45-carat (9.0 g) Hope Diamond.

The car is up for sale with H&H Classics, a specialist auction house who frequently deal in classic cars.